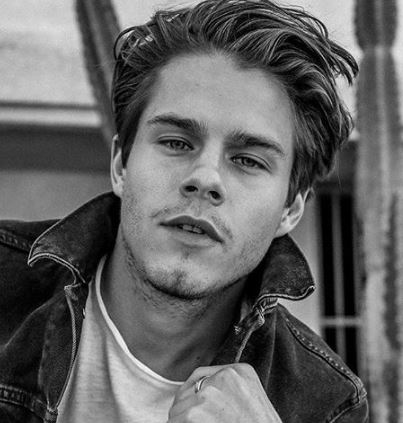 Jake Manley is a Canadian actor famous for his role as Jack Morton in Netflix’s series The Order. While he gained a wider audience through the show, Jake’s been on the limelight since 2012.

With “The Order” season 2, expected to be released on June 18, 2020, the audience patiently waited on their curiosity. Previously, Jack’s memory was wiped by Alyssa (Sarah Grey) in the season 1 finale.

Sarah Grey revealed — with guilty conscious on the back of her mind, Jake and her personality could reconnect. The crowd would find it hilarious, and season 2 will probably be funny.

Divulge into Jake Manley’s world as we let you in on this short bio. Also, learn about his family, girlfriend, and net worth as the article proceeds.

Born August 23, 1991, Jake Manley was 28 years of age when the “black lives matter” protest peaked in 2020. Supporting the movement, Jake uploaded a picture with #blackouttuesday over his Instagram.

Corresponding to his birthday, Jake is of Virgo zodiac.

Apart from this, Jake liked to spend his time surfing while he was away from the camera.

Jake Manley was born and raised in Canada along with his sibling, Justine McKnight. Later, Jake moved to the US to pursue his career in acting. As of 2020, he lived in LA, California.

As for his family, Jake was close to his parents as well as grandparents. Also, he regularly seemed to post pictures of his family over social media.

On Christmas 2019, Jake’s sister Justine posted pictures with her family mentioning that he gave the best gifts. Jake had gifted her with a signed poster of The Order.

You may like – Noah Galvin Net Worth, Ben Platt, Dating, Married, Partner

To mention Jake’s distinct features, he has blue eyes and his side fringed hairstyle looked perfect on his triangular face.

As of 2020, Jake had over 153K followers over his Instagram @jakemanley and 5K followers on his twitter @jakemanley_. Reportedly, he had no official Facebook page then.

Apart from being cast as Jack Morton in The Order, Jake Manley is famous for various other roles. To mention some, Jake appeared as Derek in a supernatural horror movie Seven in Heaven. Also, he portrayed the role of Fisher Webb in the TV show iZombie season 4.

In 2017, Jake had a guest role in season 1 of American Gods. He was seen as Bartholomew in ‘A Prayer for Mad Sweeney’.

Furthermore, Jake Manley’s net worth was estimated to be $0.9 Million in 2020.

Coming to his dating life, Jake Manley was in a relationship with Jocelyn Hudon in 2020. This most certainly puts an end to his gay rumors. 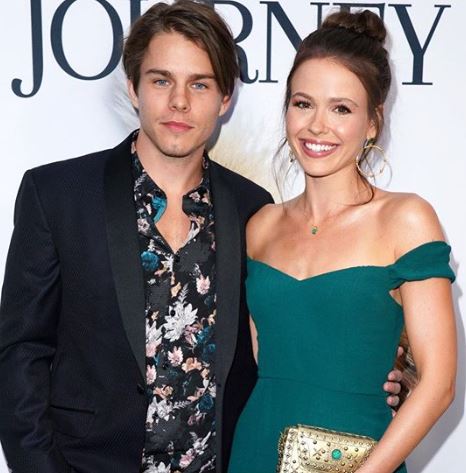 Jocelyn Hudon is also an actor famous for her role as Abby on The Strain and Becka on 21 Thunder. Reportedly, Jake and Jocelyn first started dating in 2017 and were a happy couple.

Jake seemed to share a lot of pictures with his girlfriend Jocelyn over social media. With a thought of making Christmas card 2019, he posted a picture of them together — both of them kissing the adorable dog @rupertthedoodle.

Moreover, the duo was seen enjoying the Hollywood spotlight together, making appearances on several events.

Circa 2019, Whitney Peak skyrocketed to fame for her appearances on “Chilling Adventures Of...