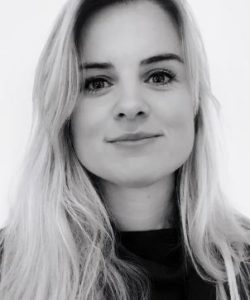 Alice Delahunt married her longtime lesbian partner Reese Lasher on 13th October 2019. They did so in a beautiful countryside wedding ceremony in Ireland.

On 14th October 2019, the “Ralph Lauren” exec took to Instagram and broke the joyous news. Sharing a gorgeous photo of her and bride Reese at the alter, she wrote:

“Yesterday, I married the love of my life.”

Married inside the Ashford Castle in Ireland, Alice and her wife Reese appeared stunning in their respective non-identical wedding attire. While the former wore a dress with a sleeve, the latter donned a sleeveless gown with a long trail.

Posing for wedding photos, Alice enhanced her looks by putting on a black cape.

“One Tree Hill” star Kate Voegele and fashion/designer Lauren Bush were the notable famous faces at the wedding. Meanwhile, musician Michelle Branch was tasked with keeping the guests on their feet.

Back in early-September 2019, Alice and then-fiancee Reese had legally tied the knot at the Harris County 1910 Courthouse. 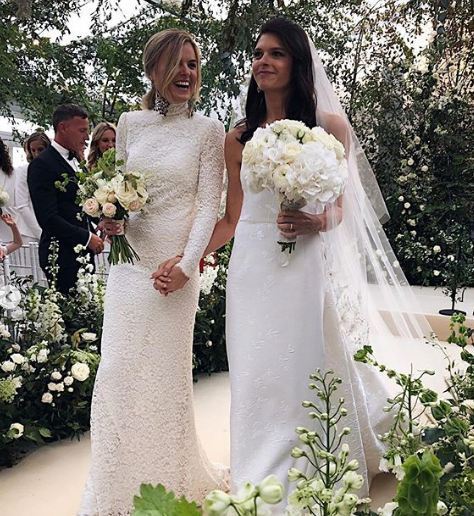 The news of them marrying came a year and a half after Alice Delahunt popped the big question to then-girlfriend Reese Lasher.

In early-June 2018, two months after getting engaged, Reese took a knee and asked the very question, Alice.

To those unfamiliar, Reese is a music manager and set director/actress. She gets recognized for her work on “Saving Grace,” “One Tree Hill,” and “5 Minutes to Midnight.”

How Did Alice Delahunt and Reese Lasher Meet?

Alice Delahunt and Reese Lasher met on the celebrity dating app “Raya.” It was the “Ralph Lauren” executive who messaged first after matching.

After spending a month talking over the phone, Alice and Reese finally met in person.

On their first date, a nervous Alice arrived half an hour early. On the other hand, Reese showed up fashionably late.

By her admission, Alice instantaneously fell for future wife Reese’s quiet charm while believing that the music manager couldn’t understand her because of her thick Irish accent.

A graduate of St. Gerard’s School in Ireland, Alice Delahunt owns a B.A. in Business and Political Science from Trinity College Dublin.

Alice’s first corporate job was with “Ogilvy.” For a month in 2010, she worked as an international marketing coordinator of Universal Music Group.

Between December 2009 and June 2011, Alice was part of the global account management team at “JWT.”

Joining Burberry in “Burberry” in 2016, Alice began working as the company’s global director of digital and social. She quit the gig in April 2018 and joined “Ralph Lauren” as its inaugural chief digital officer position.

At “Ralph Lauren,” Alice reportedly made a six-figure salary per annum. The earnings further cemented her blooming seven-figure net worth.

A champion of LGBTQ causes, Alice Delahunt is a native of Wicklow, Ireland. Syl Delahunt and Grace Delahunt are her biological parents.

More about her family: Alice is siblings with a sister named Maeve Delahunt.

Although lacking in credence, Alice reportedly belongs to the 29-34 age demographic. Meanwhile, she celebrates her birthday on 22nd January every calendar year.

Saffron Vadher became the talk of the Bachelor Nation after she began dating Derek Peth. In the article...

Miles Skinner was officially introduced to the show-biz as the group creative director of VICE Media and its...