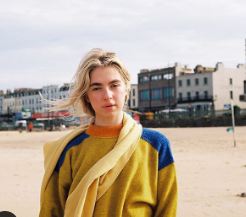 Most children of megastars seem content with relishing their parents’ achievements. Anais Gallagher doesn’t belong to the said category. The daughter of “Oasis” frontman carved her legacy as a successful model.

Get familiar with Anais’s dating life and educational background by going through her wiki!

Anais Gallagher is the daughter of world-famous rocker Noel Gallagher. Her biological mum is Meg Matthews — “MegsMenopause” founder, activist, and entrepreneur who rose to popularity in the Britpop scene as a music executive.

What’s more, Anais owns the pleasure of calling Liam and David Gallagher her uncles. Meanwhile, she is siblings with Donovan and Sony Gallagher.

Talking about education, Anais attended a Hampshire-based posh school “Bedales.” She later enrolled in a school located in Hampstead London.

Between 2018 and mid-2019, Anais Gallagher was in a blissful romance with actor/model Kitt Sullivan.

Anais first crossed paths with future boyfriend Kitt at a photoshoot in early-2018. Fall that year, the duo ignited dating gossips after multiple public sightings — first at the Miss Selfridge event and then in Venice enjoying a romantic dinner date.

After Kitt, Anais reportedly grew closer to rocker Dominic Harrison aka Yungblud. In November 2019, the model and rumored musician boyfriend sparked dating rumors after the duo appeared cozy at a concert in Manchester. 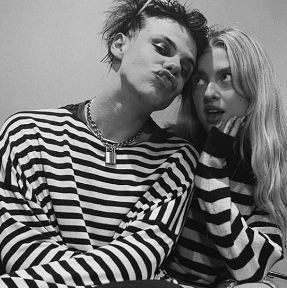 Actively in the modeling scene since 2012, Anais has worked in conjunction with her agency “Social Model Management.” In addition to earning a feature on the STAR collection of “Monsoon Accessorize,” she has graced the pages of “Teen Vogue,” “Wonderland,” “Love” and “The Cut.”

Indeed, Anais’ net worth is on the rise. Her father Noel Gallagher, on the other hand, owns $60 million in net fortune.