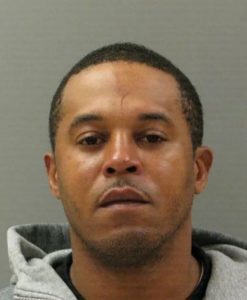 Kenneth Petty – also, simply known as “Zoo” – was nobody until December 2019. All that changed when rapper Nicki Minaj unveiled him as her boyfriend.

Admittedly, Kenneth Perry and Nicki Minaj go way back. How far back, you ask? Well, the pair were lovebirds as teenagers.

Giving their teenage love another shot, Kenneth and Nicki reconnected in late-2018. At the time, the “Anaconda” rapper was on the heels of her breakup from musician Nas. Meanwhile, Kenneth left his then-girlfriend Noelle to be with his childhood sweetheart. 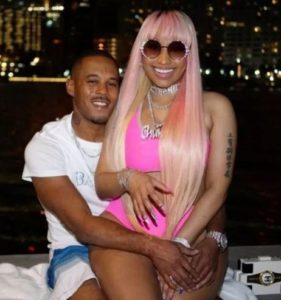 Defying all speculations, Kenneth and girlfriend Nicki continued their dating life in 2019. January that year, the “Chun Li” hitmaker shared that the couple had already picked names for their future children.

In September 2019, Kenneth and Nicki’s relationship made headlines after the latter announced her retirement to “start a family.” A month earlier, she had claimed that they would get married in 80 days.

True to her words, Nicki Minaj and Kenneth Petty got married in October 2019.

Three months before the low-key wedding ceremony, Kenneth and now-wife Nicki had obtained a marriage license from a Beverly Hills Courthouse. As stipulated by the law, the married duo had 90 days to tie the knot.

On 21st October 2019, Nicki confirmed the marriage news by sharing an Insta clip. The said video featured matching “Mr. and Mrs.” coffee mugs and white & black baseball dad hats that had “Groom” and “Bride” inscribed across the front.

Sharing the groom and bride emoji, Nicki captioned the post with the words: “Onika Tanya Maraj-Petty 10•21•19.”

On 20th June 2020, Nicki Minaj took to IG and shared she and Kenneth Petty were expecting their first child.

Nicki did so by posting photos of her cradling her baby bump.

Also, the “Anaconda” hitmaker captioned the post with a single hashtag #Preggers.”

On 30th Sept. 2020, Kenneth became a dad after Nicki gave birth to their first child in Los Angeles. Talking to PEOPLE Magazine, an insider broke the news.

Not everyone seemed to be happy with Kenneth Petty dating – later marrying – Nicki Minaj. For starters, he is a convicted murderer and a registered rapist.

Court documents show that Kenneth got found guilty — and served a jail sentence — of a Level 2 sex offense for trying to force sexual intercourse with an underage girl. Both he and his rape victim were 16 years of age when the crime transpired.

Arrested for more than eleven times (as of 2020), Kenneth has also served seven years in prison time for his involvement in the murder of a man named Lamont Robinson.

Despite the outrage online, Nicki continued to label Kenneth innocent. The “Moment4Life” hitmaker even engaged in a war of words against Jesse Palmer while defending him.

On 4th March 2020, Kenneth Petty was arrested after surrendering himself to the federal agents. He had failed to register as a sex offender.

Appearing before the judge on the very day, Kenneth pleaded not guilty. According to his attorney, he was going to post a $100k bond and wearing an ankle monitor.

Back in July 2019, Kenneth moved to California. Four months later, in a routine traffic stop, law enforcement agents learned about his sex offender status in New York. He was arrested — & later released after posting a $20k bond — for failing to register as required.

Born and raised in Queens, New York, Kenneth Petty turned 42 years of age on 7th April 2020. An Aries by Zodiac sign, he is five years older than Nicki Minaj.

Per numerous online outlets, Kenneth Petty held a job in the music industry. That said, the stated reports failed to provide further details.

On 12 July 2020 on the occasion of the birthday of Ari Fletcher, her baby daddy, rapper Moneybagg Yo bought...