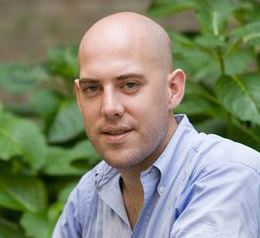 In October 2019, Christopher Beha was named the new editor of Harper’s Magazine. Publisher Rick MacArthur made the announcement.

Scroll through Christopher’s wiki-style biography to know about his professional and personal life!

Christopher hails from a family full of intellectuals. Both of his biological parents are revered personalities in their respective filed. While his dad is a partner in the NY-based law firm “Allegaert Berger & Vogel,” his mom is a retired special-education teacher at the NY-located “Churchill School and Center.”

More on his kinfolks: Christopher is siblings with a twin brother names James J. Beha II.

With no Wikipedia page to date (Oct 2019), there were no records of Christopher’s upbringing.

In relation to height, Christopher scaled a little under six feet and an inch.

For his bachelor’s education, Christopher attended Princeton. Meanwhile, he earned his creative writing Master of Fine Arts degree from the New School.

Back in 2008, Christopher joined Harper’s Magazine as an intern. Climbing up the corporate ladder, he then earned the position of executive editor in 2014.

Circa 2018, then-Harper’s editor James Marcus quit amid all the drama surrounding a Katie Roiphe cover feature. From James’ exit until Christopher’s arrival, Ellen Rosenbush served as the publication’s editorial director.

As Harper’s executive editor, Christopher reportedly made a six-figure sum in salary per annum. The earning, in turn, further solidified his growing net worth.

A revered writer, Christopher is the brain behind three books (novels) “Arts & Entertainments,” “What Happened to Sophie Wilder” and “The Index of Self-Destructive Acts.”

Like every overachieving person in the show biz, Christopher Beha is also not immune to the gay rumors.

Contrary to what the said gossip might suggest, Christopher remains a straight man. Look no further than his married life with wife Alexandra Andrews for evidence.

Following a blissful dating period, Christopher married his then-girlfriend Alexandra in early-January 2014 at the James Burden Mansion in New York.