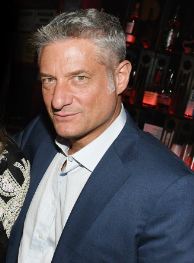 A foremost supporter of Trump’s Presidency, Rick Leventhal is a Republican at heart. For more than two decades, he has served as the senior correspondent gig at “Fox News Channel.”

Later, the reality star took to IG and shared a photo of them locking lips. She then captioned the post — “We got our marriage license today!!! I’m so excited to marry my ride or die @rickleventhal ❤️❤️❤️❤️10/10/20.”

Meanwhile, Rick uploaded an image of them from Honda Center. An accompanying caption read — “License in hand! Thank you my love for making me so happy… Here we come 10/10/2020 ❤️”

Teresa Giudice, Courtney Friel, and Lauren Blanchard were one of many famous people who congratulated the pair.

While posting about the milestone, Rick and his fiancee also revealed their wedding date (i.e. 10th October 2020).

Speaking to E! News, a source confirmed Rick and Kelly tied the knot in Santa Rosa, California. The insider added the wedding was a private affair; only 30 guests witnessed them exchange “meaningful vows”.

On the big day, both Rick and his bride sported black attire. What’s more, everyone at their wedding wore “custom-made masks with Rick and Kelly’s names and wedding date” on them.

In the said snap, his Kelly flaunted an impressive engagement ring.

For her part, Kelly couldn’t believe that she and Rick were engaged. Via Instagram, she labeled him “my Prince and my dream.” 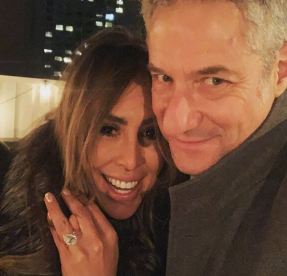 Likewise, Rick and Kelly had commenced dating in the summer of 2019.

Rick and his first wife Penny share two daughters: Veronica (b, 1991) and Shoshana (b. 1996). While Veronica is an activist, social worker, and advocate, Shoshana is a vegan whose interest is music and philosophy.

The divorce with Penny paved the wave for Rick’s second marriage. He and then-girlfriend Beth Shak eloped in June 2016. They reportedly tied the knot in Vegas.

In 1996, Rick Leventhal joined “Fox News Channel” as its senior correspondent. Operating from New York City, he covered several wars and monumental events like the killing of Osama Bin Laden & the Louisiana flooding.

A cherished asset at “Fox News Channel,” Rick Leventhal allegedly takes home a sweet $100 thousand+ p.a. in salary. His net worth, on the other hand, easily surpasses $2 million.

In June 2021, Kelly Dodd revealed she and Rick Leventhal had contracted Lyme Disease. It was Rick’s third bout with the tick-borne disease.

Talking about health, there weren’t records of Rick suffering a stroke until June 2021.

Interestingly, Rick rarely showed his teeth. Even while smiling, they were nowhere to be seen.

Lisa Boothe is a well-known journalist at FOX News Channel. Her strong personality and the way of...