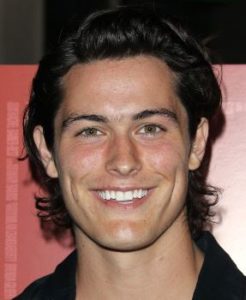 After gaining the spotlight from Sierra Burgess Is a Loser, Wolfgang Novogratz was back in another Netflix’s romantic comedy The Half of It. Wolfgang was cast as Trig Carson in the movie alongside stars like Leah Lewis, Daniel Diemer, and Alexxis Lemire.

Divulge into Wolfgang’s world as we unveil his wiki, girlfriend, and dating history.

Wolfgang Novogratz was born on May 9, 1997. Reportedly, he got his first break at the age of 13 in the TV series 9 by Design. Since then Wolfgang has appeared in various movies and TV-shows.

Admittedly, Wolfgang wanted to become a basketball player during his junior high. Set on playing Division I college basketball, he even got many chances to make the dream come true. He positioned as a point guard at Poly Prep in Brooklyn. Later, he joined the varsity squad after at Harvard-Westlake School in Los Angeles.

But as he became a senior in high school, he wanted to explore new possibilities. Talking to his father about it and Wolfgang decided to quit basketball. His last game was the state championship which he had won. And as he came back victorious from the court,  his father looked at him and asked “Is that it?” and he replied, “Yeah, that’s it.”

Furthermore, he recalled that he got his first acting lesson in the drama class at high school. As per his birthday, Wolfgang exhibits Taurus zodiac.

Born to celebrity parents, Wolfgang aspired for fame from an early age. His mother Cortney Novogratz and father Robert Novogratz are collectively known as The Novogratz designers. They are known for their remarkable designs that used both classic and contemporary techniques.

Wolfgang was little when his family was first featured in Bravo TV show 9 By Design in 2009. Amongst his 7 siblings, his sister Bellamy is a model. Bellamy’s twin sister, Tallulah is an author and actress. Their small brother Breaker was involved in the music industry.

Also, the family was later featured in Home by Novogratz (2011) where they renovated the homes of celebrities.

As for his distinct features, Wolfgang is a dashing young man with hazel green eye color. Fans mentioned that his sense of humor is something that makes them fall over.

Wolfgang’s co-star to The Last Summer, Jacob Latimore mentioned that Wolfgang didn’t have any social media while they were shooting the movie.

Wolfgang was also cast as the male lead in the much-anticipated movie Hush, Hush. The popular YA novel adaptation movie also featured Liana Liberato and other popular artists.

As of 2020, Wolfgang Novogratz’s net worth was estimated to be around $800 thousand.

Wolfgang played a leading role in the 2020 Netflix film “Feel The Beat”. The flick also starred Sofia Carson and Donna Lee Champlin. Anoushka Pinto of meaww.com described the movie as:

“An ensemble dance movie, it focuses on a young hopeful who aspires to make it big as a professional dancer”

Moreover, Wolfgang has worked in the movie The Half of It, which is gay-related and modeled the LGBTQ community. Fans were bound to have their gossips escalated.

Netflix’s Never Have I Ever brought forward many interesting characters. Among them, Fabiola played by...