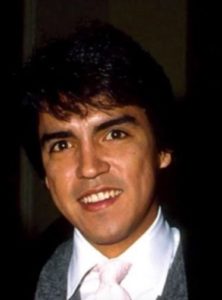 At the brink of Harvey Weinstein’s sexual misconduct allegation, Hollywood’s infamous pedophilic lore was resurrected in March of 2020. Long withstanding mystery allegations were brought to light, once again, and this time, several individuals like John Grissom and Dominick Brascia were lured into the scene.

The TV documentary movie, My Truth: The Rape of Two Coreys attempts to provide a glimpse of the dark hidden truth behind the glamour and flashy lights. And along with the movie, surfaced the name, Alphy Hoffman.

This wiki-article assists you to get familiar with the relationship between the Corey duo and the lesser-known alleged child abuser Alphy Hoffman.

As of March 2020, Alphy Hoffman is believed to be alive and residing in Los Angeles, California. He was not spotted strolling the streets but, with his name came out attached with a sexual allegation, he probably was informed to lay low.

Alphy Hoffman AKA Alphy Rivas managed Pop Soda Club, a hot and happening place for Hollywood’s young stars back in the ’80s. He was the son/alleged live-in lover of Bobby Hoffman.

Alphy was working along with Randy Miller, the son and partial owner of New York Seltzer. Together they were providing a venue for hosting underage parties for young stars.

Corey Haim and Corey Feldman were one of the first hosts, if not the first, of Pop Soda Club. All the Excelsior School attendees used to go there for fun.

With Alphy’s name attached to the young stars, he thought of himself as quite an individual and the Hollywood big shot. With a few connections with people in the industry, he decided to get his life together in the entertainment business.

As remarked by Corey Heim,

“From that point on, he said, “You know what? I’m gonna open up some sort of place where all these kids can come and drink New York Seltzer and dance all night long.” That’s what he did, and it worked. He got real lucky.”

“Did you ever see Alphy offer drugs to kids.”

To which Lost Boys star replied,

“No, no, no. Never. Let me make this clear. I don’t think Alphy started out intentionally using all of us to further his career or his life. I don’t think it started like that. We all just liked being in the same room together. Alyssa, Scott, Corey and me. Everybody. It just happened to become popular. But no, he never ever offered any of us drugs, liquor, nothing. Never!”

The Club was really a place to be back then. It was featured in magazines and was very popular so much so that, you had to be on the list to get access inside.

Nicole Eggert, Alyssa Milano, Alfonso Ribeiro, Tori Spelling, Christina Applegate, and Scott Grimes were some of the child stars of the ’80s who are known to be the A-listed attendees of Alphy’s club.

As per the unverified IMDB page of Alphy Hoffman, he was credited for his contribution to movies such as All My Children 25th Anniversary Special (1995) and Phat Beach (1996). Besides that, he was casting director for 3 episodes of New Love, American Style (1986).

He was also involved in the casting department for all three projects.

Being in the backdrop of Hollywood’s entertainment scene, he passed by almost anonymous. But the involvement of him on the Two Coreys transgression, one could find him on several local and national level media news portal.

With alleged details, blur portrayal, and deleted social media access, his net worth along with biography was made a task almost impossible to get into.

Corey Feldman Controversy — (My) Truth: The Rape of Two Coreys

Was it revenge or self-reconciliation, we don’t know, but Corey Feldman promised to unravel the biggest names in Hollywood involved in abuse and sexual misconduct of him and his dear friend Corey Haim.

The incident dated back to the ’80s when they were well established young actors just having fun. But soon it took a wrong turn when they found themselves deep in the pit of drug abuse and victim of molestation and rape.

“I don’t think he was a good person at all. I think he just got very lucky that he got us to go and do these parties. It became a big fad for a while. It just happened to be called Alphy’s Soda Pop Club. It was like going to Jerry’s Famous Deli. It was the same kind of thing. But as far as Alphy goes, well, I’m not going to say it now, because people do change. I went through my time, too. I lost complete respect for Alphy Hoffman. Alphy sucks! Point-fucking-blank.”

Corey Haim passed away in 2010 from a drug overdose. His mother made a 911 call when she found her son dead. The years of abusing his body to overcome the past horror he endured, his body couldn’t take it anymore.

The relationship of Corey Haim and Corey Feldman initiated 2 months before the shooting of “Bad Boys”, from there and out, it got deeper and closer with each passing year.

Before Feldman even knew Haim was not doing very well, he promised to share and reveal the harrowing truth about his life.

And so came the documentary, My Truth: The rape of Two Coreys.

Feldman blamed the parenting culture itself for what happened to the child stars. He noted publicists and photographers who were supposed to groom the young talent were actually the ones who violated them.

Feldman’s father managed him in the later years when he hired Jon Grissom as Feldman’s assistant. But he was the one who molested Corey Feldman and nothing was the same for him.

In the documentary he revealed Hollywood’s star, Charlie Sheen, to be one of the violators of Corey Haim in the set of Lucas. And he further went on to mention there are many other successful personalities right now who walk proudly in the face of the earth.

Corey Feldman takes whole blame on Haim getting involved with drugs and cites himself partly responsible for his death, but him taking the courage to speak the truth out loud despite the possible legal issues would certainly do justice to the departed soul of late Corey Haim and his untrodden truth.

As the son of Corey Feldman, Zen Scott Feldman was destined to hog the limelight from the birth. In March...