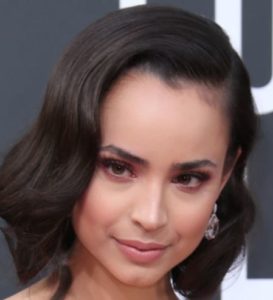 Sofia Carson is one of the numerous young Disney actresses, who rose to fame both acting and singing. In 2020, Sofia came to public attention after the release of her new Netflix movie Feel the Beat.

Read everything you need to know about this Disney beauty, who turned out much more than just a Disney beauty. Including information regarding her boyfriend(s) — or husband.

Sofia Carson was born on 10 April 1993 as Sofia Daccarett Char in Fort Lauderdale, Florida. Sofia’s parents were Jose F. Daccarett and Laura Char Carson, who were both immigrants from Colombia.

Sofia has one sibling, a younger sister called Paulina Char, who is a social media celebrity. She had over 230k followers on Instagram. Growing up with her parents and her sibling, Sofia attended the Carrollton School of the Sacred Heart in Miami.

Sofia stands at a modest height of 5 ft 4 inches or 163 centimeters. She had a very modest weight of 51 kg. Similarly, her figure measurements read 33-24-36.

Apart from her slim figures, one of the most enticing features that had attracted a huge attraction for Sofia was her enticing smile.

Sofia’s acting career began in 2014 with a guest role of Chelsea in Disney Channel series Austin & Ally. Not even a year later, Sofia played her first major role in Disney Channel‘s TV movie Descendents. Sofia played Evie, one of the major characters. She reprised her role in sequels of the movie in 2017 and 2019, as well as the short film series of the original movie.

Descendents series is Sofia’s most popular roles. However, she appeared on numerous movies like Adventures in Babysitting, A Cinderella Story: If the Shoe Fits, Feel the Beat, and TV shows like Pretty Little Liars: The Perfectionists.

Sofia’s singing career started before her acting career in 2012 when BMI signed her. As of 2020 June, Sofia had released four soundtrack albums, for three Descendent movies and A Cinderella Story: If the Shoe Fits. Similarly, she had also released twelve singles and fourteen music videos.

One of the things about Sofia that had occupied the minds of media was her dating life and as of today, media had failed to produced anything substantial in the regard. There were a few rumors here and there. For example, in 2016 Sofia posted a cozy photo of her and Manolo Gonzalez Vergara, Sophia Vergara’s son.

The rumor mill erupted very soon with speculations that Monolo might be Sofia’s new boyfriend. 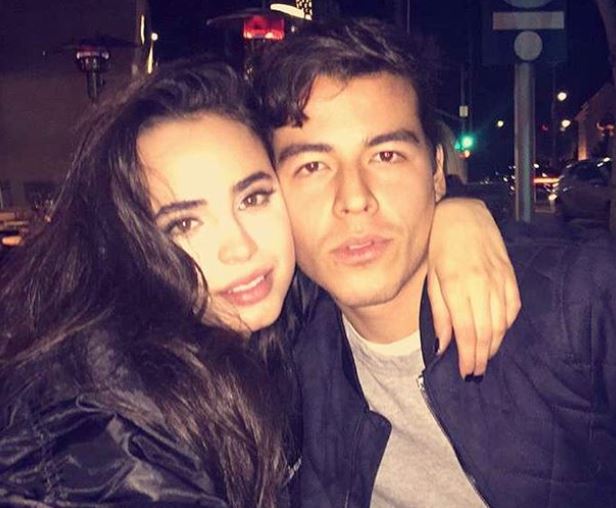 Sofia Carson and Manolo Vergara together circa 2016 (PC: Sofia’s Instagram)

The rumors died when neither of them spoiled anything about their relationship. The rumors reinvigorated in 2018 when the two posted a video of them together on Manolo’s Instagram. Again, neither seemed to confirm or deny the rumors.

In some interviews, however, Sofia had indicated that she was wary of dating.

Once (in 2017) in an interview with Coveteur, Sofia said that she was scared of falling in love because “that means being vulnerable and that you could get hurt”. Similarly, in a 2019 interview with Cosmopolitan, Sofia seemed to admit that she had no interest in dating at that point in her life because, she said, she was “dating her career”.

Again in an interview with Cosmo, Sofia told that she had made a rule of not dating anyone from the entertainment industry. In the interview, Sofia all but seemed to admit that she wasn’t dating anybody at the time.

All these statements indicate that Sofia had had some qualms about dating in the past. But what about her having any boyfriend in the present. Well in that regard there was no information, neither rumors nor any speculations.

One thing, however, we could accurately predict that Sofia did not have a husband. With the way she 2qw very careful with dating, she couldn’t possibly have found someone and decided to make him her husband in such a short time.