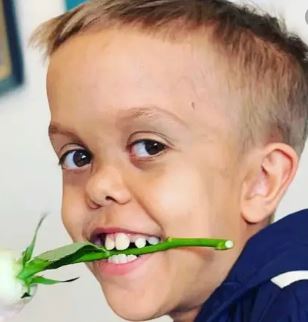 In February 2020, Quaden Bayles went viral after his mother Yarraka Bayles posted a Facebook video of them crying as he expressed his desire to commit suicide.

Upon going viral, Quaden Bayles drew support from all corners of the world. However, questions were also raised over the authenticity of the bullying story.

Learn whether Quaden is fake or real, his age and other important bio details in the article below!

According to Quaden Bayles’ mother, he was bullied by the students from his school.

Bullying was something that Quaden faced daily. Per Yarraka Bayles, a quick trip to a mall would turn ugly as onlookers made fun of his apperance.

Yarraka also drew criticism for her decision to post such a distressing video. A CNN writer penned,

“sharing trauma without consent creates the conditions to replicate that trauma long into the future.”

Standing a little below two feet & eleven inches in height, Quaden was born with “Achondroplasia” — a genetic disorder that results in dwarfism.

Quaden Bayles hails from Australia. About ethnicity, he carries Aboriginal ancestry. He has a sister named Guyala Bayles.

In the viral video, Quaden’s mom Yarraka Bayles could be easily heard claiming that he was 9 years of age. Social media users challenged the claim and labeled the story fake.

“Snopes” would eventually come to the Bayles family’s rescue. Noting that the photo of Quaden posing with the “18” was shot at a party for his friend, the fact-checking website doused suggestions which questioned the authenticity of the video. 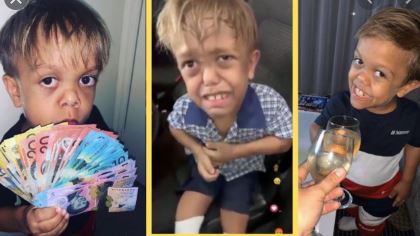 When the video of Quaden Bayles’ crying first went viral, Aussie actor Hugh Jackman wrote an encouraging message to him in a series of tweets.

The Walking Dead star Jeffery Dean Morgan offered Quaden Bayles a similar suggestion claiming that “it will get better.”

Brad Williams, fellow Achondroplasian, set up a GoFundMe profile to raise enough funds to send Quaden and his mom to Disneyland.

In mere three days, the GoFundMe page raised over $460k. As more facts began to come forth, Brad promised that the money donated would not be wasted.

According to Quaden’s StarNow profile, he was a model, influencer and actor. The viral sensation, however, didn’t boast a movie credit.