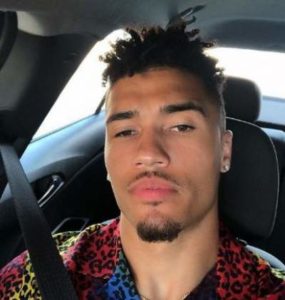 Meet, Wes Ogsbury, one of the two brand-new entries on the July 18, 2021-episode of Love Island USA.

After Wes quickly caught the attention of most fans and many women in the cast alike, here in this Wes Ogsbury Wiki discover all about the newcomer you have been looking for.

Wes Ogsbury arrived on Love Island USA‘s Season 3 seemingly wanting to shake up things. While the fans awaited his chemistry with Aimee Flores and Cashay Proudfoot. in the upcoming episodes, they did not shy away from appreciating him and his personality on the show.

Upon entering the show, Wes eyed Aimee and then also hinted he wants to pursue Cashay.

As a smart, adaptable, enthusiastic, and intelligent Gemini, Wes Ogsbury grew up celebrating his birthday every year on June 8th. He reached the age of 24 in 2021.

Wes Ogsbury’s family suffered a tremendous loss in 2015 when they lost his brother Matthew Yarber who was 16 at the time.

Matthew is survived by his parents Curtis and Chayla Yarber and siblings Geno, Jessica, Tyree, and Wes.

Wes’s sister Jessica (Jess) Yarber is an aviation boatswain’s mate handler in the United States Navy. Now (as of 2021) a Virginia Beach inhabitant, she studied History at Colorado State University-Pueblo, and went to Montbello and George Washington High School.

Brother Geno Yarber was a high schooler at East High at the time of this writing. And there’s another brother, Tyree Jones, who like Wes played football, but for a different team i.e. Fort Lewis.

Wes is aware of his mom’s sacrifices in bringing up him and his siblings. In an IG post, he had mentioned — his seemingly White mom has sacrificed so much for him and his brothers. He literally refers to her as his rock of all times.

A star athlete in his college’s football, basketball, and track teams, Wes Ogsbury stood 5′ 11″ tall and weighing 185 lbs when he was elected as the 146th Harvard football captain in 2019. (Wes had termed this as his greatest accomplishment as of the date.)

Sturdily built, broad-chested, and ready to dominate the arena, he has always managed to stay in good shape.

As a well-rounded guy, he is also a bit of a dancer and plays the piano while also doing some decent cooking.

Wes was also on Facebook; and on it, he entertained 1,984 friends.

As per his Facebook, Wes Ogsbury worked at All-Star Sports Centre as he also studied at the prestigious Harvard University from 2015 – 2019.

While for his high school, he attended Denver East High just like his siblings.

Then, Wes’s LinkedIn reveals, he has been a full-time Investment Analyst at Realterm (in Washington DC-Baltimore Area) since Jan. 2020.

At the same time, he continued his affiliation as a fellow at AMP and part-time a junior board of directors at Make A Play Foundation.

For a year, he also served as an accountant at Boston Financial Investment Management, LP, asset management analyst at Investbridge Capital, and senior counselor and curriculum consultant at Phillips Brooks House Association Inc.

Wes Ogsbury had less than an estimated $200K net worth before the world knew about his reality TV stint on CBS.

For the salary, ZipRecruiter calculation cites — the average annual pay for a Senior Investment Analyst in Cambridge (as of July 2021) is $97,875 a year.

Judging from Wes Ogusbury’s participation on Love Island USA one can tell he is likely single and looking for romance on the island that is isolated from the outside world. But of course, there are other reasons one may find themselves on the super hyped TV program. There’s fame and a tempting cash prize for the overall winning couple.

Anyway, at the time, we did not see Wes date anyone on his social media either.