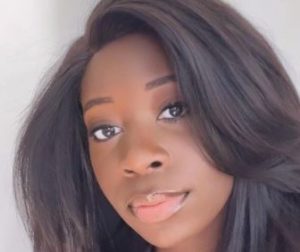 Cashay Proudfoot is one of many singletons who appeared on the 3rd season of Love Island USA.

Here’s everything you need to know about the American beauty on this Cashay Proudfoot wiki. In doing so, discover her age, height, and family. Also, read about her boyfriend, net worth, and TikTok.

In early 2021, Cashay Proudfoot reached the age of 25. Moreover, she wakes up to birthday messages on 11th January.

On her 25th birthday, Cashay took to Facebook and thanked everyone. In her words— “Thank you for the birthday wishes. I’m drunk in Nashville but if you’ve reached out I’ll respond soon! Cheers to 25.”

Cashay calls Brooklyn, New York City her place of residence as of 2021. However, she has been eyeing a move from the Big Apple for a long time.

Back when she visited Nashville, Tennessee in 2021, Cashay shared a photo from the trip. She then shared— “Every time I visit a new city I’m reminded of how ready I am to move from NYC (again) but where to is the question 🤨🤨 Back to LA? Somewhere new? any ideas??”

In his family, Cashay has a brother named Prince Knight. An athlete by trade, Prince ran her IG when she went away to shoot Love Island.

A native of Manhattan, New York, Prince resided in Buffalo, New York in 2021. He was still single then. Reach out to on his Instagram @stylelikeprince.

Cashay Proudfoot has 5 feet and 6 inches in height.

Beyond her alluring measurements, Cashay has glorious skin. Moreover, the “Love Island” star’s smile brings out her beautiful eyes.

Until 1st July 2021, Cashay Proudfoot had 3.7K followers on her Instagram @cashayproudfoot.

Cashay didn’t seem to be much into TikTok and Twitter. However, she appeared fairly active on her Facebook @cashay.proudfoot.

Cashay Proudfoot is a waitress. Some publications, meanwhile, labeled her a bartender.

To mention her another job, Cashay is a model. She has held the profession since at least 2018. Moreover, her compensation depends on the assignment. According to this profile, she doesn’t do nude photoshoots.

Beyond modeling, Cashay is also an actress and dancer. In this bark.com profile, she is listed as a personal trainer. About her career, Cashay once shared— “I love working on new projects with talented and passionate individuals. I have lots of experience and just looking to continue to grow.”

As for Cashay’s skills, she excels in Rollerblading, Skateboarding, and Horseback Riding.

Also, Cashay has an Associates’s Degree from The New York Conservatory for Dramatic Arts.

Although still in the early stage of her career, Cashay reportedly has around $150 thousand net worth already.

A week before Love Island USA Season 3 premiered on 7th July 2021, the show released its cast. Among the stars included Cashay.

When quizzed why she applied for the show, Cashay hinted she missed the human interactions during the pandemic.

Ahead of the “Love Island” premiere, via Instagram, Cashay wrote— “WELL THE EXCITING NEWS IS OUT!!!! Cashay will be on the 3rd season of @loveislandusa 💫🏝 Make sure to tune into the @cbstv season premiere on July 7th. VOTE!!!! #loveislandusa #loveisland2021 #cbs #voteteamcashay”

As seen on the show, Cashay entered the Love Island villa with a dream of meeting her one true match. However, as of July 2021, Cashay didn’t have a boyfriend. Her relationship status read “Single”. Safe to conclude that she didn’t form a meaningful connection during her “Love Island” stint.

Admittedly, Cashay’s ideal boyfriend is the one who can dance. Many predicted it might be a deal-breaker if her potential suitor can’t keep up with her on the floor.

Sharing photos from a wedding-themed photoshoot on Facebook, Cashay warned her friends and family that she hadn’t settled down yet. She wrote— “I’m not engaged or married but I look really good in a wedding dress. Recent styled shoot in NYC, how cute are these photos?!”