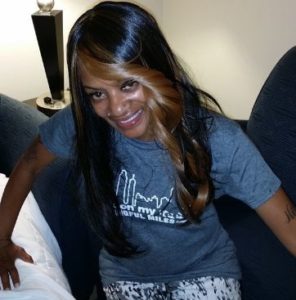 Frankie Lons gained fame as the mother of R&B singer Keyshia Cole. Sadly, she passed away at the age of 61 on the same day she celebrated her birthday. Learn more details on her life and death in this Frankie Lons Wiki.

Frankie Lons Cause Of Death

On 18 July 2021, Frankie Lons, mother of singer Keyshia Cole, was celebrating her birthday. Her daughter Elite shared a picture of herself with her mother. But, a few hours later, she took to the platform to reveal that her mother died.

Elite wrote on her Twitter: “Worse pain ever….. to see my mama in a body bag on her birthday! My heart so f**king broke” As reported, the cause of her death was an overdose on her birthday.

Frankie Lons’s date of birth was 18 July 1960. She was age 61 while celebrating her birthday on 21 July 2021. Per that information, Frankie secured Cancer as her zodiac sign.

While fans were looking for the pictures of young Frankie Lons, it appears there are no pictures of her when she was young. Her social media contains the snaps of her from the adult age. Furthermore, her social media account also didn’t hold any posts from a young age.

Pic of Young Frankie Lons on the cover of her book (Pic: Frankie’s Book Cover)

Did Frankie Lons Have Siblings?

Most of Frankie Lons’s family members stay away from social media, it remains obscure if she had siblings or not. She must have at least one sibling, but there exists no information on her parents.

Frankie Lons was born to her parents in Oakland, California, the United States. However, there exists no information on her father and mother.

However, Frankie captioned on 22 August 2014’s post where she noted that a user named @theblackjfk was her little brother.

Frankie Lons could be discovered on all three widely used social media platforms, Facebook, Instagram, and Twitter. She updated her Facebook for the last time in July of 2010 or she kept the platform private. Besides that, no further updates could be viewed.

Similarly, Frankie was also on Instagram where she went by the name (@darealfrankielons). She garnered 4999 followers. Moreover, she also had 46 posts as of July 2021.

On top of that, Frankie was also on Twitter (@realfrankielons) with 108 followers. She only tweeted 5 times on the platform.

Over the years of being addicted to drugs, Frankie Lons looked like she had no body fat at all. She still maintained her looks and loved getting her hair done. Her tattoos on both of her arms are her distinct features.

Before Frankie Lons died, she had a total net worth of under $100 thousand.

Frankie earned prominence as a reality star after getting recognized as the mother of RNB singers. According to her IMDB, she appeared on Celebrity Rehab with Dr. Drew where she appeared on 12 episodes. She also appeared on a show named Frankie and Neffe in 2015 alongside her daughter.

Frankie also gained recognition by being outrageous and emotional on her daughter Keyisha’s reality hit The Way It Is. In the show, she also crafter her own phrases “Man Down” and “Holla.”

In 2012, Frankie Lons released her first book titled “The Best Years I Never Had.” It was a memoir on her drug addiction, struggles, and newfound fame.

Frankie’s manager Leroy McMath shared: “It tells the story of a person who’s been through everything from battling with drugs to resorting to prostitution and everything in between…this is her journey to turn her life around and merge into society. She’s showing people that she has changed her life and they can do it too.”

Frankie struggled with drugs for over a decade. In December of 2019, O.T. Genasis threw shots at her mother and called her out a crackhead. As the rapper shared, he was one of Frankie’s dealers when he was hustling as a drug dealer. He pointed out that he almost went to jail for selling crack to Frankie.

Along with drug addiction, Frankie also ran into trouble with the law. In 2011, she was pulled over by police in Sandy Springs, Georgia, for driving erratically. During the search of vehicles, police discovered drug-related materials. She was held at Gwinnett County Detention Center, outside of Atlanta.

Frankie Leons had several relationships when she was alive. While most cited, she married boxing trainer Virgil Hunter with whom she had the singer Keyshia Cole, her mother was telling sharing a different story. In 2016, Virgil was confirmed to be her father but the IG post was deleted and she was out looking for her real dad.

According to Madamenoire, Frankie shared that her daughter was bi-racial. Since she was Black, she referred to her partner as “other.” She shared that the singer’s father was an “Italian, Caucasian” man. Keyshia never saw him and he passed away years before.

Frankie also suggested that a photo of him could be retrieved as he owned a restaurant named Pal Joeys in San Jose. She said the guy that she used to date when she was a prostitute. She became attached because he tried, went to his grave trying to get her to stop doing prostitution.

Keyshia’s mom met the man, much older than her, and he would take her to his bar and talk to her to keep her off of the streets, but they were intimate.

As told by Frankie, the man told her she didn’t need to be out here, and then he used to come and get her. He asked her how much did her pimp want. And, he would give her the money to take to him and he would keep her all night and talk to her.

Frankie was told by other prostitutes she used to know that the man died of cirrhosis of the liver, so if he was indeed Keyshia’s father, that doesn’t provide much closure for the singer. Especially since Keyshia says there is someone else out here also claiming that he’s her father presently.