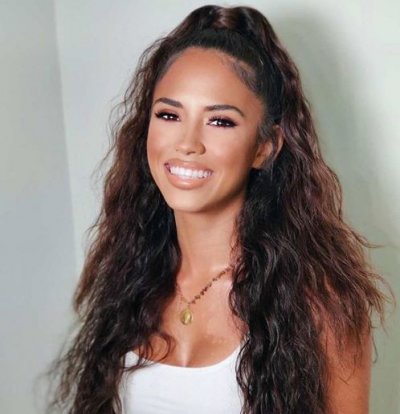 Lifetime‘s TV show Marrying Millions followed six couples, so in love and “miss-matched”. The show is simply based on the premise of what happens when two people from very different economic backgrounds fall in love.

Among the couples who starred in the show, often one member was in their 50s or 60s and super-rich – while the other was pretty much broke and a lot younger.

The reality series comes from the producers of 90 Day Fiancé and was launched for the first time in the summer of 2019.

The show followed the everyday lives of different couples including Brianna Ramirez and Bill Hutchinson. The first season saw couples face scrutiny from friends and family, as they navigate the ups and downs of dating across a class divide.

By season’s finale, some couples decided to stay together and the others chose to go separate ways.

The show was renewed for the second time. And, as of the 5th of August 2020, Marrying Millions introduced five new couples and the season one favorites Brianna and Bill.

Amid the new release, here’s everything you might like to know about Brianna and a detailed update on her romance with 4-decade senior bae, Bill.

Brianna is also referred to by the shortened form of Brianna i.e. Bri. While her last name is Ramirez. On the 23rd of June 2020, she celebrated her 22nd birthday. Although her zodiac sign was not discoverable at the time.

Brianna Ramirez was born to Mexican parents who were pretty much aloof from the spotlight. Although the fact that they were not happy about their daughter being in a relationship with 40 years her senior, could not go unnoticed.

For siblings, Brianna had a brother and a sister growing up. She regularly flaunted Mariah and Daniel on her Instagram. What’s more, Brianna was also a regular fixture on theirs.

Those who saw Brianna’s mother on IG commented that the matriarch of the Ramirez family was beautiful. Meanwhile, Brianna admitted her father was like a best friend to her.

In addition to a huge age gap, Brianna and Bill are also noted for the height gap. Brianna Ramirez, in a height of 5 feet and 2 inches, appears way younger for her age, standing next to her tall (6 feet and 5 inches) and “hippie” looking, partner.

Brianna goes by the handle ‘limit_less’ and ‘Bri’ on her Instagram. She enjoyed 26.1 thousand followers on the platform(until December 2021). And it seemed she was not as active on other social media platforms.

Brianna Ramirez reportedly owned a very minimum net worth (under $300 thousand) as compared to her multi-millionaire boyfriend.

Unlike her bae, she stayed aloof when it came to her educational background, career goals, and all.

Last heard of, Brianna began dating Bill after she celebrated her eighteenth birthday. And before that, she met him at Blue Mesa Grill. There she used to work as a hostess, at the now-closed Tex-Mex restaurant near NorthPark Center.

This is all that’s been known, so far, of her job.

Briana Ramirez and Bill Hutchinson did not walk down the aisle by the end of the Marrying Million‘s first season. Because they said they were not ready for that step yet.

Although a year later, amid the release of another season, Brianna and Bill continued with their partnership. Since the show wrapped up in September 2019, Bill and Brianna moved back to Dallas, where Bill worked on opening the city’s new Virgin Hotel and pursued other real estate ventures.

While Brianna was happy to be closer to her family again. Still in-love, the TV couple lived together and kept up the work on getting their family and friends to accept their relationship.

Brianna did not seem put off by the fact that Bill is twice divorced and that his ex-wife, Kandis Hutchinson, verdicts him, a pathological cheater.

Interestingly, Brianna’s Instagram depicted her to having a very close equation even with Bill’s kids from his previous marriage. 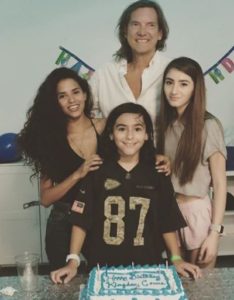 Brianna captioned the picture— “Happy Father’s Day love! Just your presence alone is all we need. Thank you for all you do for us 😘” (PIC: Brianna’s IG)

And while the term ‘gold-digger’ has often been passed on to Brianna, both Billa and Brianna claimed that Brianna was not aware of Bill being filthy rich, when they first began dating. These were Bill’s words, in regards: “I’m not really a bragger. I was a nobody to her, other than a nice guy who came in and chatted with her. She didn’t know who I was, and she didn’t ask — which was sort of refreshing for me. I got the real Bri, not somebody who was chasing somebody for a reason.”

Following a brief break, the 2nd season of Marrying Millions returned to the TV screens in Jan 2021. By then, Brianna was ready to tie the knot and start a family. Bill, on the other hand, seemed reluctant to match her wishes.

Carrying a load of being an outsider and perfecting the status with one’s fight is never an easy task. The...