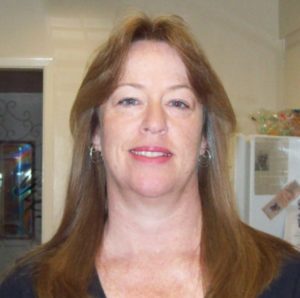 Relationship failures are a common theme in the TLC show, 90 Day Fiance. Something similar happened in the case of the couple Mike Youngquist and his wife Natalie Mordovtseva.

The pair first met on the Internet through a mutual friend and had everything together in their initial days of a relationship. But, as their storyline began to move forward, several aversions suddenly started to show up.

Many viewers of 90 Day Fiance believe Mike Youngquist’s mom Trish Youngquist to be the real villain in their love story. Stick with us for a little longer to find out if she really has done enough damage to be crowned as the “villain mom.” Also learn about Trish’s age, net worth, and husband information.

Trish Youngquist was 59 years of age in June 2021. She was born in the year 1961 in California; she has been celebrating her birthday on the 11th of November ever since. Going by her November 11th birthday, her zodiac sign is Scorpio.

When Trish was born, it was not her name. In fact, her maiden name is Patricia L Baechler. Even though she was born and raised in La Quinta, California, she has been living in Tulsa, Oklahoma for a long time.

As of June 2021, Trish never talked about her parents in any kind of interviews. Therefore, we don’t have any details on her parents or her childhood.

Mike’s mom Trish Youngquist stands at an average height of 5 feet 8 inches (1.72 meters) and weighs no more than 74 kilograms. Furthermore, Trish’s distinctive physical features would be her bulging eyes and partial grey hair.

Fans of 90 Day Fiance never liked Mike’s wife Natalie Mordovtseva. They were infuriated when Natalie called Mike and his home “low class.” However, with what has happened lately, fans can’t stand Mike’s mom Trish too.

While Natalie was at Mike’s home in Oklahoma for Thanksgiving, Trish called Natalie a “hooker”.

This incident upset many viewers of the TLC show. One Reddit user posted a picture of Trish and captioned it: “If the terms “gaslighting” had a face.

Another Redditor wrote, “Natalie is no saint but she did not deserve how they were treating her and then acting as nothing happened.”

What upset them, even more, was Mike taking the whole incident indifferently. Instead, he accused Natalie of being dramatic.

“I’m not sure exactly what went on. I doubt my mom would say that. I think it’s just a misunderstanding, wrong context, or something,” Mike told.

Trish has already been accused of trying to cancel Mike and Natalie’s wedding two days before the ceremony. Trish admitted to asking the neighbor to object to the wedding ceremony just because she found Mike and Natalie’s relationship “too sketchy.”

It is because of all these past incidents fans of the TLC show believe Trish will play a crucial role in how Mike and Natalie’s relationship pans out.

With the way TLC show 90 Day Fiance works, it does not focus on the character’s jobs and occupation.

However, with some hours of digging up on the Internet, we have finally come to have a sense of what Trish and her son Mike do to make a living.

First off, Trish was once an owner of the family’s 130-year-old 26-acres farm until her own son Mike bought it off when it was put up for sale.

With that, you would probably guess the farm is where Mike gets most of his money from. But, that is incorrect.

Mike is currently employed at a power tool company named White Cap according to tvovermind.com. Furthermore, it has also come to light that he has been working at White Cap for the last seven years.

White Cap, according to its website, offers over 300,000 professional-grade products and the products include concrete accessories, chemicals, specialty hardware, ladders, and safety gear, to name a few.

As of June 2021, Trish Youngquist could only be found on Facebook. That account too has remained inactive since March 17, 2018.

Therefore, it’s safe to say that Trish does not use social media much, neither Facebook nor Twitter.

Trish’s husband, Michael went to Alisal Highschool for education and graduated in the year 1976. Furthermore, he worked at the “Co-op Farm and Garden.”

Other than Mike, Trish shares another child name Dustin (son) with her husband Michael. Her son Dustin is involved in the automobile business and has worked with popular automobile companies like Honda, Toyota, and AutoNation.