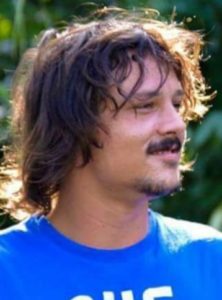 Netflix’s Tiger King: Murder, Mayhem, and Madness not only displayed the feud between Joe Exotic and Carole Baskin but also explored the romantic escapades of the former.

The show briefly explored the polygamy practice of Joe Exotic which included four of his lovers. But in this article, we focus on Joe’s husband Travis Maldonado, his biography, relationship with Joe and his suspicious death.

So delve in to unfold details on the late Travis Maldonado in a wiki-style article.

Born to Cheryl Maldonado and Danny Maldonado as Travis Michael Maldonado, he celebrated his birthday on 22 of March since 1994. Had he been alive, he would’ve been 26 years old at the time when this article was penned.

Travis grew up with his two sisters, Danielle Maldonado and Ashley Maldonado. He enjoyed skateboarding like every other youth in California.

But, Travis’s meth addiction had everything to do with all the decisions he ever made. Besides the deterioration of his health, his relationship with Joe solely depended on his addiction. 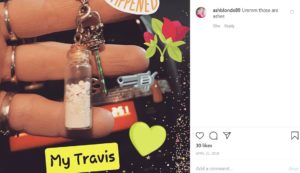 As for his family, his father is currently going through chemo treatment to withstand the battle he has against cancer. His sister Ashley held on to his ashes in her key ring for the commemoration of him which suggests the void he had left after he was gone.

Travis Maldonado joined Joe in December of 2013 when he came to the zoo. Several employees reflected that Travis was there to fight his meth addiction by serving and taking care of animals. 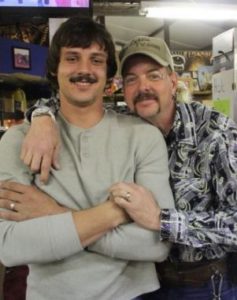 But, Joe Exotic grew affectionate of him. The pair were sexually involved with each other.

Not less than a month Travis was in, he, Joe, and John Finlay ended up with a throuple relationship. They got married in a three-way wedding ceremony.

The informal wedding was organized in a dance hall across the zoo. The ceremony was broadcasted through Joe’s YouTube channel.

And as for the formal one, it was set inside the zoo in a zoo-themed function.

However, John Finlay shattered the three-way association and left the private zoo, after he assaulted Joe. Travis and Joe were left behind, so the couple got legally married in 2015.

Was Travis Maldonado Gay Or Straight?

But, despite being in a gay relationship, Travis Maldonado had always recognized himself as a straight individual.

Not only Travis, but John Finlay also revealed he was straight to Joe when he impregnated a female employee in the zoo with whom he was having an affair.

Did Joe Exotic Kill Travis Maldonado? Cause Of Death, Obituary

Travis, who had read somewhere in a magazine, that a gun without a magazine wouldn’t shoot had an urge to prove it to Joe. Though he knew about a bullet inside the Ruger he was holding, he never thought it would shoot.

The Ruger which Travis was pointing towards his head, blasted off, fatally wounded him damaging his brain which eventually cost him his life. Before responders could reach him, he was already pronounced dead

Investigators involved with the incident concluded it to be a self-inflicted accident and not a murder. The negligence Travis had shown somewhat intentionally became the cause of his death.

The tragic loss of Travis was hard on Joe. He wasn’t able to focus on managing the zoo and often sobbed remembering him.

This was the incident that convinced Joe he wanted to put an end to the zoo and anima show business. 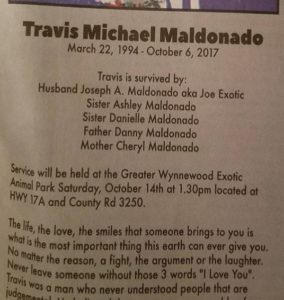 As per the Instagram post of Ashley Maldonado, Travis’s parents published his obituary in a local newspaper.

The condolence suggested that his service was going to be held in Greater Wynnewood Exotic Animal Park on the 14th of October at 1.30 pm.