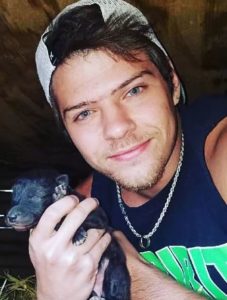 After Netflix’s Tiger King: Murder, Mayhem, and Madness‘s success with True-Crime enthusiasts, all the characters were highly searched for on the internet. The whereabouts of all the people related to Joe Exotic became the main concern of the viewers. Out of many, Dillon Passage was highly searched for by people, though he had minimum involvement on the case compared to others involved

As the story had unfolded, at the last moment when he was about to put hits on Carole Baskin, Joe moved to Florida with Dillon and gave it all up. So, it was natural for people to search for his details.

So, keeping all of that in mind, we’ve created this wiki-style article on Dillon Passage, husband of Joe Exotic. The following piece attempts to unfold his current situation, dating life, and overall his life after so scroll down to learn more.

Dillon Passage was born on 22 August 1995 in Belton, Texas. He turned 24 years old while celebrating his birthday in 2019. He was born to Tina Cook McGehee, a nursing school graduate.

Through his Instagram account, it was evident that Dillon had attended Stephen F. Austin State University in Nacogdoches, Texas. While he was there he was a cheerleader for SFA Jacks.

Dillon had become the link between Netflix’s show Joe Exotic and Cheer, as he had a brief encounter with Navarro Cheerleaders including Cheer Queen, Coach Monica in the 2015 event.

He moved from Austin to Wynnewood, Oklahoma and that’s how he met with Joe Exotic.

Dillon had a love for big cats way before he had met Joe. As of March 2020, he often posed with two tigers Gimp and Godiva. They were heavily seen in the Instagram handle of Dillon.

Is He Still Married To Joe Exotic?

Joe Exotic was going through a turmoil filled phase when the day of his meeting Dillon was nearing him. He was getting restless as he didn’t know how to get rid of his two opposites, Jeff Lowe and Carole Baskin.

Carole was putting him through hell with a $1 million Trademark infringement settlement. Following that, he lost his husband Travis Maldonado to a self-inflicted gunshot to his head when his other husband John Finlay clashed with him.

As the case unfolded, it was revealed that Joe had delegated a few of his employees with a responsibility to find him a husband. One of his employees set him up with Dillon Passage, a guy who was a friend of his cousin in Oklahoma.

Soon after they met, Dillon moved into Joe’s house soon after.

Joe had reached his breaking point when a few of his employees duped with thousands of dollars. The employees who had promised to get rid of Carole for him ran away with the advance hire-for-murder payment.

In addition to that, Joe’s business acquaintance who had promised to get him a hitman tried framing him with a federal agent. But, he didn’t go through that in the end.

In between these commotions, Joe proposed to then-22 years old Dillon and got married on 11 December of 2017. The pair had secured their marriage license on the 5th of December.

After the wedding, he decided to abandon everything and packed everything up, and moved to Florida with Dillon. The destination for the relocation was decided by Dillon.

They lived in a motel for a few days before they found the shelter in Gulf Breeze.

All paranoid with the fear that Joe’s enemies were onto him, he was leaving cryptic messages all over his social media pages to ward them off.

While the married couple was in Florida, he served as a dish cleaner at a seafood restaurant on the day and as a bartender at night.

Before he was tailed on and got caught by law enforcement authorities, he almost applied for a third job at a hospital. He got arrested for the murder-attempt charge of animal right activist Carole Baskin

Since there were no records of divorce between the two, Dillon is probably married to Joe Exotic even after he was incarcerated.

Where Is Dillon Passage Now?

After Joe Exotic got arrested and sentenced to 22 years in prison, Dillon was rumored to have moved back to his hometown of Texas. 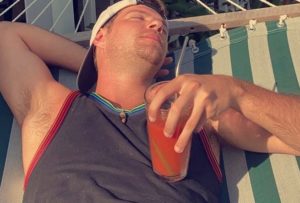 In Joe Exotic’s trial 2019, he mentioned dealing with Netflix’s representative to make a show based on his life. But it was made clear to him that he wouldn’t be pocketing a single dime out of it.

Rather, it would go to Dillon Passage, as he would be the legally rightful recipient of the proceeds.

After the premiere of the show, fans swarmed the internet looking for answers that were left hanging. The most important was is he still married to Joe Exotic?

When one of the fans pointed out that question on Dillon’s Instagram handle, he replied with a yes. He also made it crystal clear that his social media platform don’t entertain anything related to Joe.