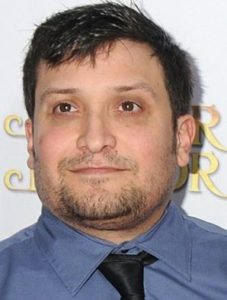 Although Joe Gnoffo stood under the limelight as the husband to the Little Women: LA cast Terra Jolé, he is the star of his world.

Joe was born with a rare type of dwarfism called pseudoachondroplasia. But recognizing the disorder as a blessing, Joe chose to become an actor and searched for roles that suited him the best.

He was cast as Marcus Ellwood in The Benchwarmers (2006) and has appeared in the TV-show Desperate Housewives (2004).

Also, you can notice him as one of the seven dwarfs named Grub in the fantasy movie Mirror Mirror (2012) which starred Julia Roberts as the evil queen.

As of March 2020, Joe was taking care of his wife who just gave birth to their third kid amidst the COVID-19 epidemic.

Learn more about Joe’s personal life in this wiki-style article.

On Joe’s birthday every August 12, fans wished him happiness and success. He was 44 years of age when the corona pandemic escalated in 2020.

Despite his height, Joe is no stranger to notoriety. Around the mid-2000s, he was charged with vandalism with a fine and a 40 hrs community service.

Born and raised in the United States, Joe Gnoffo holds an American nationality and belongs to white ethnicity.

Joe recalled his parents would always lift him when he felt down. Despite being called names by his friends, Joe learned to remain calm and patient.

In 2004, there was an episode in the documentary called ‘Reality Show ‘ where Joe appeared and interviewed as himself.

Information on Joe’s siblings and other members of the family wasn’t disclosed as of 2020.

Joe Gnoffo is a fantastic pro drummer. He was involved in the band called Nirvanish that mostly covered Nirvana songs. Before Nirvanish, Joe was the drummer for the band Post Trauma.

With the love for rock music, Joe had also put up a few videos of him drumming to new beats in his YouTube channel.

Accounting for Joe’s social media by 2020:

Joe along with his wife had a joint Facebook page named Joe Gnoffo & Terra Jole – Gnoffo with almost 24K followers.

He had another Youtube channel with +2K subscribers named Joe’s FuBar where he mostly posted comedic videos.

On twitter @JGnoffo, he had 18K followers whereas on his Instagram @joegnoffo he flaunted stunning 131K followers.

As of March 2020, Joe Gnoffo was still married to the love of his life Terra Jolé.

As any couples out there, these lovebirds have faced their ups and downs too. Despite dating for a long time, the duo broke up for a brief period because they didn’t feel like they belonged to each other. 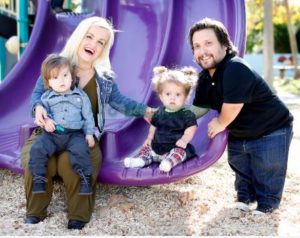 Soon regretting their decision, they got back together and had their first daughter named Penelope on March 16, 2015. To Joe’s dismay, Penelope was born with achondroplasia too.

Finally, on 21st June 2015, Joe and Terra got married. After a year, they welcomed their second kid named Grayson on August 1, 2016. Grayson inherited both achondroplasia and pseudoachondroplasia from his parents. 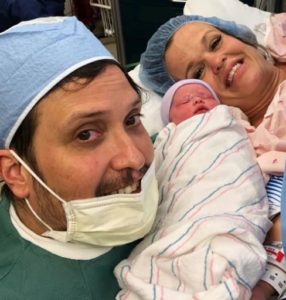 Joe’s wife gave birth to their third kid on March 11, 2020. The baby was perfectly healthy but was tested positive for achondroplasia.

Terra Jolé is the star and also credited as the executive producer to the Lifetime television shows Little Women: LA and Terra’s Little Family.

The main difference between the two is that pseudoachondroplasia dwarfism has a normal head growth and facial appearance whereas achondroplasia doesn’t.

Terra aspires to be the best mother to her children. She had a Youtube channel Mini Mama where she posted mother and children related content.

Before you leave –  Travis Maldonado Wiki, Cause Of Death, Family, Joe Exotic

American actress Harriet Sansom Harris is a big name behind the growth of the theatre industry in the US....

Aaron Phypers was a name that only a few people knew until he married “Starship Trooper” star...