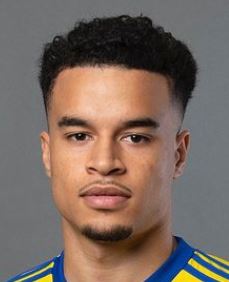 What is the best dating show, you may ask? We here at Stars Offline do not want to take sides, some people would answer Love Island. And that much-beloved dating reality series is back for its seventh season. And one of the participants in this year’s series was Toby Aromolaran, a semi-professional soccer player from London.

In this Toby Aromolaran wiki, we will cover his age, net worth, height, etc.

About a week before the premiere of the seventh season of Love Island, Toby Aromolaran was announced as one of the participants. The fans of the show, who want to know more about Toby, well they are in luck. As the excitement around the show starts to gather, the showrunners have released some details about the participants.

Toby describes himself as fun but also very responsible. His family and friends, on the other hand, describe him as an optimistic guy and Toby seems to agree with that assessment.

Toby Aromolaran’s ideal girlfriend would have a cute face and nice feet. Toby said in an interview, “I don’t have a foot fetish but I appreciate nice feet!” The face thing is fairly obvious, but the feet thing sounds a bit odd, doesn’t it? Well, he had this to add to such questions, “you can judge someone by their feet. Girls who walk around at the club with no shoes on, that’s one of my hates.”

According to the relationship status on his Facebook, Toby Aromolaran was single in 2021. In fact, he went to participate in Love Island to find love. In an interview, when Toby was asked why he wanted to be a part of Love Island, he said, “I’ve never been in a relationship. I thought, ‘If Love Island can’t find me a relationship then no one can’.”

According to the showrunners of Love Island, Toby Aromolaran was 22 years of age, as of June 2021. And according to his Instagram, Toby celebrated his birthday every year on the 4th of March. And that was why he was assigned Pisces as his zodiac sign.

Toby Aromolaram was born to parents of different ethnicities and cultural backgrounds. His father, Adebisi Aromolaran, was from Ilesha, Nigeria, who later migrated to England. And his mother is a white British woman. Toby and his siblings were, thus, of mixed ethnicity.

Talking about his siblings, Toby and two siblings in the family, a sister, and a younger brother. We did know the name of either of his siblings.

There was also an aunt (from his father’s side) in the family. Her name is Eunice Olowoyo and she lives in Sheerness, a city in Kent, England. She is married to a guy called Yomi Olowoyo.

Toby Aromolaran stands at a tall height of 5 ft 11 inches. Apart from his height, his other physical features include dark hair, brown eyes, and an incredibly ripped body.

Similarly, on his Twitter @Toby_Aro, he had just a little over 1k followers. He had a Tiktok channel @tobyaromolaran with 72.5k followers and 380.5k likes.

Per online reports, Toby Aromolaran’s total net worth, as of June 2021, was about $100 thousand.

This we have already mentioned, Toby is a semi-professional soccer player in England. Currently, he played for Hashtag United, a “social media football team” which was formed by Youtuber Spencer Owen in 2016. Toby joined the club in the summer of 2020.

Talking about his soccer career and his appreciation for his club, Toby has said, “I’ve played football since I was about six, but it’s really come into a new light for the past year since I joined a team called Hashtag United.”

Previously, Toby had played for several soccer teams like Tilbury, Coalville Town, Witham Town, as well as Loughborough University team. Toby wishes to keep playing football in the future as well, even after Love Island. In fact, during 2021 Valentine’s day, Toby posted a photo of him on a football field chasing the ball and insinuated that the game of football was his “Valentine”.

And regarding his absence from the season because of Love Island, Hashtag United was actually very cool with it. The soccer team was even supporting him in the show.

In his club profile, there was no mention of Toby’s per-game wage or his market value. However, other sources say that the salary of an average semi-professional football player in the UK will be around £500. But that number might go up or down based on the kind of leagues the club is playing. Clubs playing in the higher league might pay their players more and vice-versa.