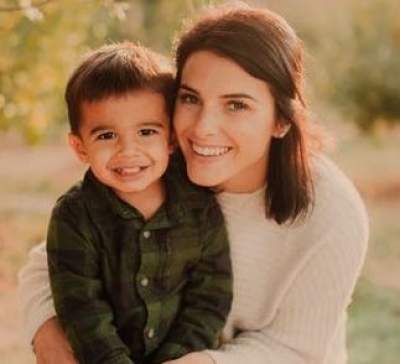 Teen Mom‘s exes Javi Marroquin and Lauren Comeau spark reconciliation rumors after being seen together publicly in what looked like a family trip. Following this, discussion, among their fans, started— are they now friendly exes or there is something more?

Find out in the Lauren Comeau Wiki.

Lauren Comeau’s parents are no longer together. Still, however, she is close to both her parents.

Her dad is seemed to be living in Australia. So, oftentimes on social media, Lauren gushed how much she has been counting down for occasions when her dad is stateside again.

Lauren also felt the same way or even more towards her mom Wende Chapman.

Meanwhile, for siblings, Lauren has two brothers James York and Chris York. It looked like Lauren is also equally fond of her siblings.

Until June 22, 2021, Lauren Comeau had 404K followers on her personal blog on Instagram @lauren3elizabeth.

Lauren is also on Facebook @ArbonnewithLauren. This one happens to be a health and beauty blog where she claimed of helping people with her recommendation of pure, safe, and beneficial cosmetics and health and wellness coaching.

At the time, she did not seem to be on TikTok.

Lauren Comeau Job: What Does She Do For A Living?

Born and raised in Maine, Lauren Comeau is a Pre-Arrival Concierge at a destination hotel, Wild Dunes Resort in Isle of Palms, South Carolina. She has been employed there since Apr 2016. Best on calculations made by glassdoor.com one can estimate Lauren, as a Pre Arrival Coordinator in the United States, earned $46,439 for salary (on average).

Lauren also worked as an independent consultant for a brand named Arbonne that vend “clean, vegan products that improve the mind, body, and skin.”

Lauren’s LinkedIn enlisted a long list of job experiences. A couple of years after she graduated from Saint Michael’s College in 2009, she did her first job as a waitress/bartender at The Kennebec Tavern. Next, she was a sales assistant at PCPC at Dalhousie University. At the same time, she was also studying for her Bachelor of Science and Bachelor of Management in Recreation Management at Dalhousie University. The course spanned from 2011 – 2016.

Formerly a Call Center Representative at L.L.Bean and Community Relations Intern at South Carolina Stingrays, Lauren did not initially want any part on Teen Mom. She is not technically a member of the cast on the MTV reality show. She was introduced to the show through her relationship with her then-boyfriend, Javi.

During mid-June 2021, Javi Marroquin and Lauren Comeau were seen visiting the Universal Orlando Resort with their 2-year-old son Eli. According to social media posts, they were also joined by Javi’s 7-year-old son Lincoln who he shares with ex Kailyn Lowry.

After this, some speculated it was just two exes creating happy memories for their kids while this one theme park visitor claimed Javi and Lauren gave away more-than-friends vibes.

Anyway, the pair had yet to comment how much truth was there to their faster-growing romance rumors.

The last time we heard from them, was in August 2019, when Javi publicly apologized to his then-fiancée Lauren for breaking her trust and not being the best partner. This had happened because Kailyn had claimed in Teen Mom 2 that Javi tried to sleep with her when he was still in a relationship with Lauren. (Kailyn later apologized to Lauren for this.)

Back at that point, Javi had also publicly acknowledged his decision of leaving Teen Mom to live his life normally. He had realized that his TV stint might hurt his kids when they get older.

Lauren and Javi have been familiar with their ups and downs. They first dated from July to September 2017. Then, they had reconciled in March 2018. In between, Javi was dating Teen Mom co-star Briana DeJesus until they put an end to it in January 2018. Then in November 2018, they welcomed Eli. And, on June 17th, 2019, June 17th Javi had asked his “best friend” to marry him.