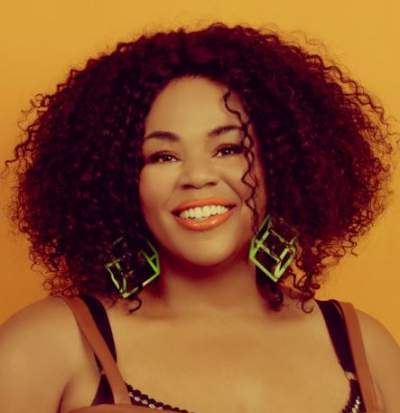 Comedian and actress Desiree Burch is famous for her approach to narration on Netflix’s reality dating series Too Hot to Handle. Ahead of the release of its second season, find out everything that you have been prying about the Yale graduate.

Netflix will drop the series in two batches — the first four episodes on 23 June 2021and the remaining six episodes on 30 June.

The only time Desiree Burch mentioned her brother was in a tweet that read “…my brother says, you always know you’re doing the right thing when everyone is mad at you.”

Further, Desiree suggested her parents are no longer together when she mentioned her dad still has the house in her hometown of Diamond Bar in Los Angeles while her mum moved away because they needed to break up for so long.

Also, we learned from her interview with The Guardian, Desiree and her brother had a Christian upbringing. And growing up, they were the only black family in their neighborhood.

Anyway, over years she seemed to have gone through a weight loss journey. And so she believes trying to lose weight is not dissimilar to the struggles towards racial equality and social justice.

Further, she is also against the thinking that being conscious of oneself (weight) is negative. She had tweeted:

“Those who have lost weight because their health demanded it should feel proud of their accomplishments and happy about their health.”

From her journey as an award-winning NY-to-London comedian, storyteller, actor, and writer, Desiree Burch managed an estimated $800k net worth (before reappearing on Too Hot to Handle Season 2).

Best known for her work in Jack in a Box (2009), Master of None (2015), and Anthem (2019), her “style of highbrow and lowbrow” and her being “both intellectual and filthy” was what appealed to the producers of Too Hot to Handle. Besides, viewers have loved her “unique ability to laugh with the contestants rather than at them.” However, though she did admit she cannot take all of the credit for what one sees watching the show.

That been said, Desiree as an entertainer presents and preserves the truth in her comedy. She wants to make people laugh but more than that she needs to tell them a story.

Desiree Burch Husband: Who Is “Too Hot To Handle” Narrator Married To?

On Dec 13, 2017, Desiree Burch had tweeted— “Hey y’all – sorry if anyone was confused by my post yesterday. I AM NOT MARRIED!..”. And earlier the same year, she was also looking for someone in her friend list who was ordained to officiate weddings. She said she was looking for “particularly the funny female variety.”

But clearly, Desiree was not looking for one to officiate her wedding as it turns out she was still not married (at the time of this writing).

In fact, even her relationship status remained undisclosed.

Desiree, now, is a Peckham, which is a district of south London, England. She first came here from Nevada when she fell in love with an English man. Although the two are no longer together, Desiree’s love of British comedy blossomed and she decided to stay in London. She has found the London scene more welcoming than the times she did stand-up back home (in New York).

Her boyfriend at the time had told her she would do well here. Thus staying in London, she finally got a sense that she could have a comedy career.

Desiree lost her virginity at 22 and “twice.” The first time was with a girl she met at a party. “I was surprised by how into it she was because I’d never thought of myself as the one who would be pursued.”

They had a good time but Desiree still thought she “needed to do it with a boy for it to count, which is messed up.” So, the first guy she slept with was “a very nice comic book nerd.”

Now, looking back, Desiree says she is glad she waited until her 20s. Because she was emotionally all over the place in her teens.