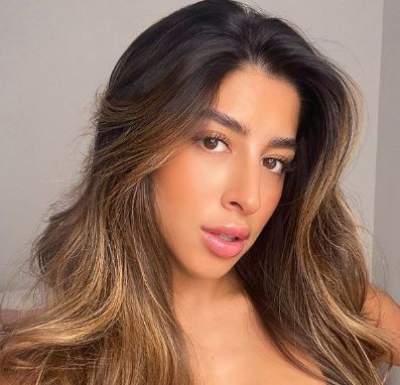 Meet Shannon Singh, one of the young cast members on the 2021’s season of the UK’s favorite dating show Love Island. Just like everyone on the show, Shannon is looking to find romance and hopefully win a hefty cash prize. In the meantime, here’s Shannon Singh Wiki where you may discover all about your soon-to-be favorite Islander.

Ahead of the release of the season on June 28, 2021, ITV was gradually revealing the new islanders, that included Shannon Singh. They introduced her as someone who has an eye on a “handsome hunk.”

Shannon was among the first eleven Islanders (including Chloe Burrows, Jake Cornish, Sharon Gaffka, Aaron Francis, Liberty Poole, Toby Aromolaran, Kaz Kamwi, Brad McClelland, Hugo Hammond, and Faye Winter) looking for love in the series releasing first time with the gap of 15 months on the show’s history. The season was of course delayed due to the coronavirus hiatus.

For Shannon, good looks in guys are not that “be-all and end-all”.

Talking about her ideal in a boyfriend, she shared she does not “feed off looks” but off energy. That, she needs someone with personality.

“Obviously, they’ve got to be handsome but if he’s a handsome hunk but it’s like talking to a brick wall and I’d rather watch paint dry, it’s not going to be great.”

Shannon, who has had some yet unnamed and famous footballers slide into her DMs, lost her virginity quite young. She also admitted that she is sexually active and has sex like eight times a day.

So, it’s clear the man has to tick off all her preferences before she is sure he is the one for her.

“Just someone I can have fun with. I’m a party girl, I love going out, I’m very social. For me, it’s quite hard to find people who are genuine and looking for what you’re looking for. I’m not just going to go with anyone because they’re convenient. I need to make sure they’re for me.”

Besides, Shannon does not tend to meet up with people through Instagram. She explained, she likes more natural settings.

And the last time she broke up with her ex, Shannon wanted to have a year for herself. She saw guys in between but she wanted a year to herself to make sure she knew what she wanted going forward.

Born supposedly a sensitive and mysterious Cancer, Shannon Singh grew up celebrating her birthday every year on July 8th. In July 2020, she reached the age of 22.

Shannon has also been described as “hilarious”, “fiery” and “lovable” by her friends.

Shannon Singh, who also goes by the name Alexa, acquired a blended ethnicity from her parents.

During an interview with Poppy & Rubina of the BBC Sounds Brown Girls Do It Too podcast, it was revealed that Shannon has Punjabi heritage. That her father is from Birmingham but is of Indian descent, her grandmother is also Indian, and her mother is Scottish.

That been said, her nationality is Scottish.

Her father used to work as a stripper. This is one of the reasons why her dad and mom supported her in becoming a glamour model when she was only an 18-year-old.

Shannon’s modeling portfolio on Hld GROUP mentioned her height as 5′ 4″ and bust-waist-hips measurements as 32-23-37 (inches). Also that the brunette with brown eyes wore a dress of size ‘UK 6’.

Shannon really works hard to maintain such a good-looking figure. Lately, she shared her Sunday workout routine with her followers on Instagram which Sunday workout routine which comprised of 50 reps, 40, 30 20 10, double under Sit-ups finished with 2 rounds of
30 mountain climbers, 20 Jumping alternating lunges, and 10 Superman’s (holding for 2 seconds each rep).

Until June 23, 2021, Shannon Singh had 181K followers on Instagram @shannonsinghhh.

Meanwhile, Shannon had 9.97K subscribers on her YouTube channel, @Alexa Singh where she posted videos on makeup, hair tutorials and clothing hauls.

Shannon was also on Twitch @ShannonSinghhh.

Not to miss, she opened up about the horrific trolling she gets over her racy photos on her now-deleted OnlyFans account. Speaking to the Who’s Your Daddy podcast before Love Island, Shannon shared,

Shannon Singh had less than an estimated $200K net worth before her Love Island stint.

But then, she also refuses to be “ashamed” about her past. Instead, she called them her “glory days”.

Currently (2021), she is more into commercial modeling.

About her modeling salary, based on what indeed.com calculated, a model based in England earned £44,528 per year on average.