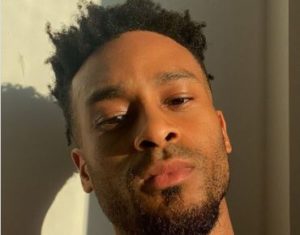 Late arrivals on Love Island are always the best! And this season we have Teddy Soares joining the islanders, right after Toby Aromolaran and Brad McClelland break things off with Kaz Kamwi and Rachel Finni respectively.

So, who is this dashing young man? Stick with this Teddy Soares Wiki and find out.

Teddy Soares arrived on the July 9 2021 episode of Love Island season 7, and naturally, fans went into a frenzy over the internet. But they didn’t just fall for his dashing looks, rather many even were happy for Kaz and Rachel because he might just be the one to mend either of their broken hearts.

According to Teddy, he was there “to get to know all the girls” and was “not afraid to step on toes” to get the girl he wants. Seems like a lot of drama awaits us.

It goes without saying but Teddy Soares was single before he joined Love Island in July 2021. Confessedly, he joined the reality show to find love, and if he ever did, he promised to “take it seriously.”

Teddy described himself as “cuddly and caring”, and mentioned that all his friends came to him when they had a problem. “I’m always that person to lean on. I think I’m going to add that element with the boys,” he added.

Seems like the cuddly guy really lived up to his name “Teddy” (as in teddy bear).

As for what his next girlfriend could expect from him, Teddy revealed that he would “be stirring a few pots and causing a bit of a ruckus”. But then again, who doesn’t involve in drama on Love Island.

Half of the fans predicted that Teddy was perfect for Kaz Kamwi and the other half were adamant that Teddy and Liberty Poole would certainly make a pair.

Teddy Soares was 26 years of age when he appeared on  Love Island in 2021.

Information on his birthday wasn’t available.

Do you find Teddy Soares attractive? Well, then you’re in luck. It seems that the good-looking genes ran in Teddy’s family. You might want to reconsider your crush after looking at Teddy’s brothers, Sidney and Carlos Soares

Unfortunately, ladies, Teddy’s brother Sidney Soares is already taken. He was dating the hair & makeup artist Elina @elina.x as of 2021.

As for Teddy’s other brother Carlos Soares, not much was known about him, except he was a technology enthusiast residing in London.

Reportedly, Teddy grew up with his family in Manchester, England.

Trivia: Teddy’s father has long passed away. He used to celebrate his birthday on January 29th.

Mentioning his distinct features, Teddy has brown eyes, dark hair, and a chiseled body. Also, if you haven’t noticed, he always wore a gold-colored long pendant necklace on Love Island. So, why did he wear it without break? We guess that it might have something to do with his religion or it could simply be for an aesthetic purpose, for all we know.

As of July 2021, Teddy Soares entertained 9.3K followers over Instagram @teddy_soares. Most of his posts then featured his shirtless pics.

Also, Teddy has ventured on jobs as a business development manager and customer service representative at SWR and Biffa respectively.

Aside from working desk jobs, Teddy has also worked as a model for different companies. Back in 2011, he first started his career as a model, joining Abercrombie & Fitch, and since then he has appeared on different promos and advertisements.

Just in case you are curious, a senior financial consultant’s salary in the UK was around $88 thousand.

In light of his education, Teddy graduated from his school in High Wycombe and went on to join Henley College.