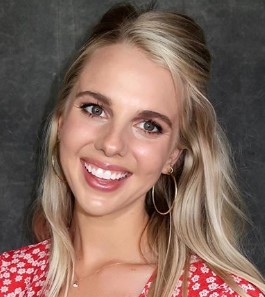 Ever since it was announced that Big Brother 22 would be an All-Stars edition, the fans could not wait to see if their favorite houseguests would be on the show. When it was revealed who would be on BB22, the majority of fans were happy with the decision of including an eclectic group of BB stars by CBS. One of the strong contenders for the title was undeniably Nicole Franzel, a former Big Brother 16 contestant, and Big Brother 18 winner.

This article will cover everything about Nicole — from her bio to net worth and dating life. Also, find out about her Big Brother journey in the article!

Nicole was raised by her parents in her hometown, which is in Ubly, Michigan. Nicole Franzel’s parents’ names are Dave Franzel and Jennifer Franzel. She also has a brother named Jesse Franzel as her only sibling.

Nicole shares a very close relationship with her family. Often, Nicole makes posts on her social media handles on the memory of the family. Moreover, Nicole even took a picture of her family while she went into the Big Brother house so that she could look at the picture whenever she missed them.

Nicole Franzel stands at a shorter height than most of her family members. With a height of 5 feet 4 inches, Nicole’s weight of 51 kilograms really accentuates her body figure.

Furthermore, Nicole’s body measurements are 33-24-32 inches and no distinct features about her are available on the Internet.

What Is Nicole Franzel Net Worth?

For education, she went to Saginaw Valley State University. Nicole graduated from there with a Bachelor’s degree in Nursing.

Nicole first entered into the Big Brother world through Big Brother 16. Although she did not have a good time in the show, she is remembered for the romance with the fellow house guest Hayden Voss.

Initially dubbed as a “showmance, ” their love blossomed even out of the cameras. However, the pair could not settle down on their differences and had to break up.

Nicole stood as a strong contender to win BB16, winning 3 Head of Households and 2 Battle of the Blocks. Nicole, facing a hard time surviving the competition, was eventually evicted during the first half of the second double eviction in a unanimous 4-0 vote.

The loss in BB16 taught many things to Nicole about the game and that may be the reason why Nicole won Big Brother 18 in the first place. Nicole played the whole game under the radar and made the record for avoiding nomination until Day 91 in the house.

Defeating Paul with a close 5-4 vote, Nicole Franzel became the first female to beat a male in the Final 2. With the win came a massive $500 thousand cash prize, which majorly contributes to her whopping net worth of $800 thousand.

Besides the fortune she made through Big Brother, Nicole also works as a nurse. On average, Nicole earns $65 thousand per annum as a nurse.

Nicole Franzel first met Victor Arroyo as houseguests on Season 18 of Big Brother US. Since Nicole was reportedly enjoying the showmance with another house guest Corey Brooks — which did not even last for a season — Victor did not make any move toward Nicole.

However, when Corey’s terms with Nicole went bad toward the end of the season, Victor and Nicole began dating afterward. The pair dated each other for a significant time until Victor wanted to take their relationship to the next stage.

Victor proposed to Nicole on Big Brother 20, which she naturally accepted. In February, Nicole announced on her Instagram handle that she and Victor would be at a wedding on October 3, 2020.

However, when the coronavirus outbreak hit the whole world, the pair were forced to change the date of their wedding. On their podcast Coco Caliente, Nicole revealed, “The date may have to change, the location, or the number of people.” 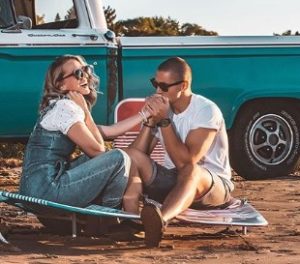 Nicole and Victor enjoying their time together on the beach.

Another reason why the pair postponed their wedding was the fact that October 3 lied in the middle of Big Brother 22. After Nicole entered the house, she handed all the authorities related to wedding arrangements to her boyfriend, Victor.

Now, when everything was looking good for Nicole and Victor as they were planning to tie the knot on November 1, 2020, Janelle Pierzana, Nicole’s fellow houseguest on Big Brother 22, slammed their wedding plan.

In the wedding invitation Janelle received, she claimed that every wedding guest is being charged $3000 by the hotel. Janelle made claims that with this money, Nicole will cover her wedding costs. Janelle even made clear she won’t be going to the wedding.

Nicole and Victor tied the knot in March 2021 in a small ceremony in Orange Lake, Florida. Following the wedding, the married couple expressed relief now that the stress of tying the nuptials was lifted off their shoulders. Admittedly, they wanted to focus on having a healthy baby.

In Jan 2021, Nicole Franzel announced she was expecting her first baby with Victor Arroyo. On IG, Nicole shared:

“Nic + Vic = our lil’ side kick 👶❤️ We are SO excited to announce that we are PREGNANT! We feel so blessed & grateful. 🥰”

Nicole and Victor announced that the birth of their first bundle of joy via Instagram in July 2021. The couple named their son Arrow.

With Big Brother 22 almost halfway to the end, BB fans were already predicting the winners. While every...