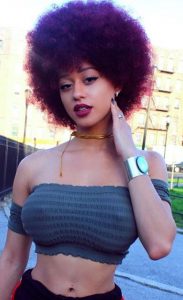 Stormi Maya was fueled to pursue her passion for music from a young age as she could not tolerate frequent physical and emotional abuse from her mother.

“I guess she was really obsessed with me having sex. I really don’t know where it came from. It just seemed like she thought I was going to have sex and get pregnant, and she started getting really aggressive with it,” Stormi narrated during the interview with Blavity.

Know more about the aspiring talent that is Stormi Maya from the article below.

A self-made personality, Stormi Maya celebrates her birthday on 6 June every year. She comes from the city of Bronx, New York & as of 2020 based there.

As a child, she was abused by her mother in the family and got placed in a foster home aged 15. There, people often questioned her character which made her insecure over her sexuality.

Also, she was often reminded to identify herself as a light skin woman but always opted to embrace herself as a black woman.

The rise of Stormi Maya started at the age of 16. The black beauty got involved in the modeling business for her stunning physical presence and perfect body measurements to go along with it.

Soon she was dumped from the foster care and she ended up getting involved in stripping as well. But that ended up landing her in her first big gig at the age of 19 as a Playboy model.

Similarly, she also made an appearance in music videos for 50 Cent & Fetty Wap. After that, the only thing the supermodel wanted was a chance in the movies and TV shows.

In 2019, that dream of hers was also completed. Stormi got cast in season two of Netflix’s, “She’s Gotta Have It” and later got launched in the film “Hustler” alongside Jennifer Lopez & Cardi B.

Still, a long way to go in life, the “Hustler” actress has already amassed a respectable net worth of $450k for herself from involvement in all different kinds of jobs.

In the first outing for Stormi Maya, things did not pan out very well. She got divorced from her husband and thing looked going bad for her.

Fortunately for Stormi, she kept things together and found the man she was looking for in her manager/director/editor, Donald Robinson Cole. 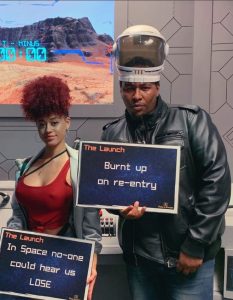 After a brief dating session between each other, Stormi and Donald — her boyfriend at the time — got engaged in December of 2019 which was confirmed by the actress via her Twitter.

Stormi Maya got married at the early age of 19 to Andrew Alvarado. The husband and wife pair started their martial journey in 2014 but things quickly went south for them.

With their relationship hanging by a threat, Stori and now-former husband Andrew crossed the five-year mark of their marriage in 2019 before getting a divorce in the same year.