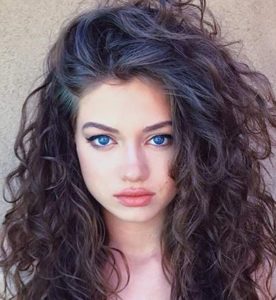 Of all the modern dance moves like popping, animation, robot, tutting, finger tutting, you name it. There is none that Dytto didn’t engrave her mark upon.

Dytto’s appearance on the Indian dance show Dance Plus: Season 3 gained her the major spotlight she always craved for. She was also the host for the music show The Drop for World of Dance.

She was seen in Google Android Wear commercial as well as a model for some associations.

Learn more about Dytto’s wiki, career, and relationships in the article to follow.

Dytto was born as Courtney Nicole Kelly in Miami, Florida, the United States. She grew up in a Christian family alongside her brother Brandon, who was a pilot.

During her high school days, Dytto took part in gymnastics and was also a part of a cheerleading group.

To pursue her passion for dance, she moved to Atlanta early on.

Dytto tried to show the world her very own interpretation of dancing and the passion she put into it. With all the hard work, she stood as one of the top icons in the world of dance.

Dytto’s extraordinary dancing style has amassed her over 3.43 million subscribers on her self titled channel on Youtube.

She also had a chance to work with Sytycd Season 10 Male Winner, Fik-Shun. They have a video performing together on her YouTube channel.

In 2015, Dytto stepped out with a roar from the crowds on the American reality competition World of Dance. Her robotic dance on the Barbie song stunned the audience went viral over social media. Later, She was invited to the famous reality show The Ellen DeGeneres.

Dytto worked on a few TV Shows like Dance Plus, The Drop for World of Dance, and The Next Step. She can also be seen in movies like Life of the Party (2018), AXI: Avengers of Extreme Illusions (2011), and Monsterz (2015).

With the works flooding her way Dytto’s net worth was estimated to be between $1 Million – $5 Million as of 2020.

Curious about her body measurements, fans have speculated her to be around 32-25-34.

With hazel-blue grey eyes, she captivated the hearts of a million.

In 2019, Dytto dated boyfriend – Zaya Sosho, a professional choreographer and the leader of a dance group called The Future Kingz. He was the choreographer for Ayo & Teo and also had a chance to work with Chance The Rapper 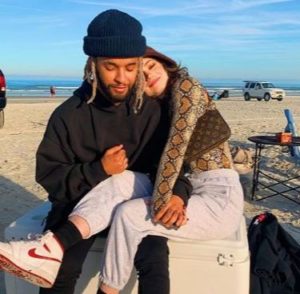 Dytto with her boyfriend Zaya Sosho at Dayton beach in Florida in Nov 2019 (Pic: Dytto’s Instagram)

Before Zaya, Dytto had a boyfriend named Roshon Fegan for two years. Roshon is an actor and most famous for his role Ty Blue on the sitcom Shake It Up.

Then dating couples were seen in many functions and made red carpet appearances together. Unfortunately, the couple split up around mid-2018.

Dytto didn’t plan to take a husband soon as she wanted to set her career straight.