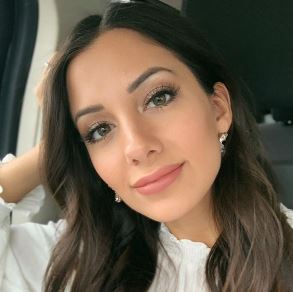 Participating in the 24th season of “The Bachelor,” Katrina Badowski transformed into a household name. Along with 29 other contestants, she vied for Peter Weber’s heart.

Tag along and get familiar with Katrina Badowski’s wikis such as married status, boyfriend & job title!

On 31st March 2019, Katrina Badowski became 28 years of age. She is an Aries and birthday buddies with Ewan McGregor.

A native of Chicago, Illinois, Katrina hails from a family of five. An eldest of three children, the celebrated reality star is siblings with sister Anna Badowski and brother Andrew Badowski.

In May 2018, Andrew got engaged to high school sweetheart Kate Roe. Circa 2020, Anna was in a relationship with a serious boyfriend.

After graduating high school in 2009, Katrina attended the Chicago-based Loyola University College. Psychology, Integrated Anthropology, and Sociology was her choice of degree.

How Tall Is Katrina Badowski? Net Worth, Job, Bachelor

While in College, Katrina Badowski held the job of a Group Fitness Instructor for about three years.

Between May 2013 and January 2014, Katrina worked as a Guest Service Representative at “Marriott Hotels & Resorts.” For 4 months, she was employed by “Shawnee Mission Medical Center.”

From 2013 until Spring 2018, Katrina performed as a Cheerleader in NFL and Dance Team Coach at “The Barstow School.” “JW Advisory Group” and “Staples” are other former employers.

In July 2018, Katrina joined the NBA franchise “Chicago Bulls” and began performing as Luvabull Dancer. May the following year, she landed the job of a Territory Representative at “Benco Dental.”

Katrina’s first attempt at reality TV fame wasn’t as successful. On the night she entered the show, the gorgeous brunette had to exit after not receiving the rose from “The Bachelor” Peter Weber.

By 2020, Katrina had accumulated $350k in net worth. Meanwhile, she is blessed with five feet & six inches in height.

A cat mom, Katrina loves her Sphynx named Jasmine — who has her own IG profile. 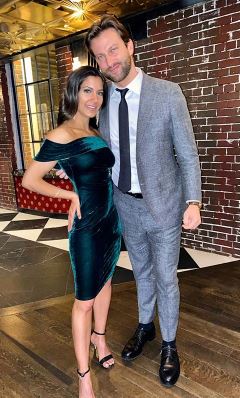 Katrina Badowski’s dating life hit the headlines in late February 2020. Via Instagram, she unveiled “Bachelor In Paradise” sensation Chris Bukowski as her boyfriend in a candid photo.

In an accompanying caption, Katrina coined the couple name “The Owskis.” Additionally, she congratulated fellow Bachelor Nation couple Kayla Hughes and JJ Lane on getting married.

About two weeks before the wedding date — on Valentine’s Day — Katrina and Chris were photographed in Chicago, enjoying a meal at Bandit restaurant.

Before her, Karina’s husband prospect Chris was engaged to “Bachelor In Paradise” co-star Katie Morton. Having announced their engagement in September 2019, the now-former lovebirds called it quits three months later.