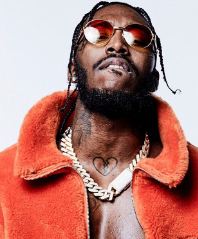 Co-writing 12 of the 13 tracks on Card B’s Grammy-winning album “Invasion of Privacy,” Pardison Fontaine announced his arrival on the scene.

Beyond his ghostwriting exploits, Pardison made a splash as a solo artist — putting out several well-received musical projects.

To find out Pardison’s net worth, family origins, and relationship status, read the article below!

At one point, Pardison Fontaine was romantically linked with frequent collaborator Cardi B. Once the “Press” hitmaker became Offset’s wife, all the dating speculations subsided.

In November 2019, Pardison Fontaine stepped out with Detroit rapper Kash Doll. Dating rumors gained legs after he and rumored girlfriend Kash were spotted holding hands as they left the SOBs. 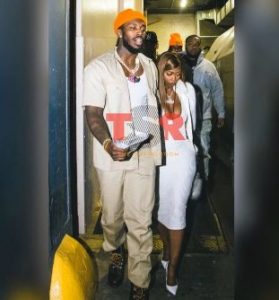 Speaking to Hip-Hop outlet BOSSIP, a close source confirmed Kash as Pardison’s wife prospect. Up until the point, the lovebirds had been “hot and heavy” for several weeks.

Pardison’s romance with Kash, however, didn’t last forever. They would eventually break up.

On 2021 Valentine’s Day, the “Savage” hitmaker teased their romance with an IG post. Days later, during her IG Live, she gushed about Pardison, labeling him her “boyfriend” and “boo”. Megan also defended Pardison and claimed he wouldn’t do anything to hurt her.

Meanwhile, Pardison took to IG and shared a slideshow of a Valentine’s Day surprise for his girlfriend, Megan. The bash included a private jet, roses, and a multi-course menu. He captioned the post with the words— “SOMETIMES YOU JUST GOTTA DO THE MOST”.

Before Pardison, Megan was dating rapper Moneybagg Yo. Also, Tory Lanez reportedly shot the “Body” hitmaker on her foot.

On 29th December 2020, Pardison Fontaine celebrated his 31st birthday. According to his DOB, the “Jumpin Jumpin” wordsmith is a Capricorn.

Pardison was bestowed with the real name Jordan Kyle Lanier by his parents. His family originally hailed from Newburgh, New York. Little else is public about his siblings.

Blessed with six feet & five inches in height, Pardison was an athletic pupil since his high school days. Thanks to his exploits on the basketball court, he even won a full scholarship-ride to Delaware-based Goldey-Beacom College.

After his first year at Goldey-Beacom College, Pardison dropped out and returned to New York. From there onward, his sole intention was to make it big as a rapper.

Pardison Fontaine cites Kanye West and DMX as his Hip-Hop heroes. He would eventually write for the former on his 2018 project “Ye.”

Writing for Cardi B, Pardison helped create several Billboard-charting songs “I Like It,” “Be Careful,” “No Limit” and “Bodak Yellow.”

In 2015, Paridson Fontaine dropped his groundbreaking mixtape “Not Supposed to Be Here.” He followed it by releasing the project “Who Is Pardison Fontaine?” in 2016.

After penning a recording deal with Atlantic Records, Pardison released his debut album titled “UNDER8ED” in November 2019. Comprising of 14 songs, the project received favorable reviews from fans and critics alike.

According to reputed publications, Pardison Fontaine owns a net worth of over $5 million. Meanwhile, a majority of his wealth derives from the royalties for his co-writing credits.

Be Careful Cardi B I Like It Invasion of Privacy Jordan Kyle Lanier Kash Doll Not Supposed to Be Here UNDER8ED Who Is Pardison Fontaine?