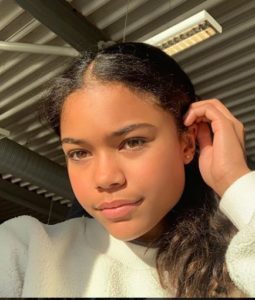 When Tamara was young, she loved watching Harry Potter sequels. The spells and magics played with her young imaginary mind. And at times, she imagined being in the movie and playing a character from the movie.

This wiki-style article has brought you the professional and personal details on the young actress, so scroll through.

Tamara shares her parents with Justine Smart, her older sibling. Justine was born on 7 November 1996.

When it comes to following dreams, Justine was one of the first individuals who inspired Tamara to pursue her career as an actress. The sisters share a very close bond.

Tamara Smart embraced and practiced for stepping into the entertainment industry from an early age. She attended a dance school named DanceCrazy Studios in her hometown at the age of 3.

To further hone her talent in performance art, Tamara joined in Razzamataz Theatre School in Hilton Avenue, London. Her undeniable talent for a 7-year-old, was appreciated and accepted.

As she went on pursuing her career, Tamara was approached to represent Top Talent Agency, London. Soon after that, she landed her first part as an actress in The Worst Witch (2017-2020). But she auditioned for the role in 2015.

Besides that, Tamara landed a small part in TV mini-series Hard Sun (2018). She played the role of Hailey Hicks in the series.

Following that, Tamara went on to star in Are You Afraid of the Dark (2019). She portrayed the role of Louise in three different episodes.

Talking about her roles in movies, Tamara got cast on director Kenneth Branagh movie Artemis Fowl which was set to release in 2020.

More on that, Tamara landed a part in Netflix’s children & family movie, A Babysitter’s Guide to Moster Hunting which under post-production as of February 2020.

Tamara Smart possesses a beauty to capture the heart of any guy, but she hasn’t revealed who captured her. She kept her dating status very private. Even if she had any possible boyfriends, she wouldn’t give out the information too easily.

Well, for fans it is a good thing when the favorite act focuses on giving the best out of the craft they are known for rather than getting distracted with dating and relationship. And Tamara, we believe, might be doing the same thing.