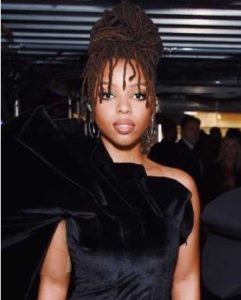 Sister to Halle Bailey & Disney’s little mermaid, Chloe Bailey made a name for herself as an aspiring pop-R&B artist. The sisters harmonized together for quite a while as the duo Chloe x Halle.

In 2015, their cover of Beyoncé’s Pretty Hurts went viral over YouTube and finally reached Beyoncé. Soon after, Beyoncé’s management company Parkwood Entertainment signed them for Beyonce’s The Formation World Tour and On the Run II Tour.

Besides being a singer, Chloe is also an actress. Her uncanny appearance in Last Holiday (2006) and The Fighting Temptations (2003) had made its way to the heart of most of her fans.

Chloe Bailey was born on 27 March 2000 to her parents Doug Bailey and Courtney Bailey. Her father Doug worked as a stockbroker and later chose to become the manager for his uprising star daughters.

Born eldest, Chloe grew up in Atlanta, Georgia alongside her siblings – a brother named Branson Bailey and her sister Halle. The happy family of five reminisced a lot of memories of her childhood.

Chloe is two years older than her sister Halle. They performed a tribute to Donny Hathaway and Roberta Flack with Where is the love cover at the 2019 Grammys award.

They were even nominated for Best New Artist and Best Urban Contemporary Album at the 2019 Grammys for their debut album The Kids Are Alright.

“Every morning we walk our little brother to school”, Chloe mentioned she started her day just like a normal person would. She would go running about three times a week.

Chloe along with her sister preferred to walk around each destination instead of getting a vehicle. She added performing every night was also a fantastic workout for her.

Being a vegan for years, Chloe took good care of her diet and nutrition.

Chloe Bailey stood out from the crowds as she along with her sister began to upload cover songs on their Youtube channel Chloe x Halle. They released their debut EP Sugar Symphony in 2016 and dropped their first singles Drop and Fall.

They have had a chance to perform along with some of the big names like Jay-Z, DJ, Beyonce’s  Khaled in May 2018. The sisters sang America the Beautiful at Suber Bowl LIII on February 3rd, 2019.

Leaving her sister apart, Chloe alone has appeared in movies like The Fighting Temptations, Last Holiday. Meet the Browns, Gospel Hill, Let it Shine, and Joyful Noise. She also made minor appearances on TV shows like Austin & Ally and Grown-ish.

Chloe Bailey was spotted smooching a kiss under a mistletoe from her Grown-ish co-star and rapper, Diggy Simmons in December 2019.

They were rumored to be dating since the start of the show. However, it might just the fans animating about Chloe and Diggy’s on-screen chemistry from Grown-ish.

Her rumored boyfriend, Diggy Simm — also known as Daniel Dwayne Simmons III — is a singer and a rapper as well. He was signed by Atlantic Records and was a member of the hip-hop crew, All-City Chess Club. 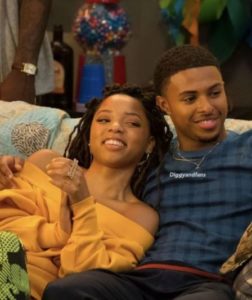 Chloe Bailey maintained a low profile about her relationships. As of early 2020, she labeled herself as “single”.

Netflix’s Never Have I Ever brought forward many interesting characters. Among them, Fabiola played by...