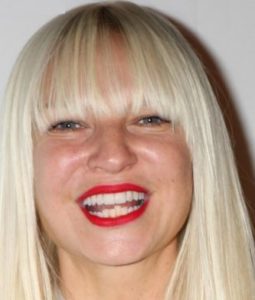 On 4th October 2019, Sia provided an update about her health. Via Twitter, the “Cheap Thrills” songstress shared that she was battling chronic pain — a neurological disease “Ehlers-Danlos.”

In her tweet, Sia professed love and support for people suffering from both emotional and physical pain. Admittedly, nobody was alone in their fight against pain.

2019 also marked Sia’s eighth year being sober. Back in 2013, she first opened about jer Oxycodone and Vicodin addiction. It wasn’t until the Aussie songstress’ thyroid disease diagnosis that she began her journey to sobriety.

Sia turned 43 years of age on 18th December 2019. An Adelaide, Australia-native. she owns Caucasian ethnicity courtesy of her family lineage.

With regards to siblings, Sia reportedly doesn’t have one.

A graduate of Adelaide High School, the “Chandelier” hitmaker attended the University of Adelaide.

Discovered while performing karaoke, Sia began her musical career in the mid-90s with “Crisp.” Seeking a larger audience, she left for the United Kingdom and worked with bands “Jamiroquai” and “Zero 7.”

At the turn of the century. Sia signed with Sony Music and released second studio album “Healing Is Difficult.” After finding a home at “Go! Beat,” she dropped her third project “Colour the Small One.”

It was her fifth album “We Are Born” that thrust Sia to megastar status. Daunted by her newfound fame, the “Titanium” hitmaker began to act recluse by covering her face with either a mask or a big wig.

Owning up to her successful musical endeavors, Sia flaunts $25+ million net worth.

Notoriously private about her intimate life, Sia was once married to a man named Erik Anders Lang. 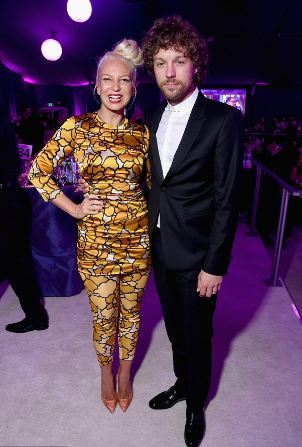 A filmmaker by profession, Erik gets best recognized for directing the TV docu-series “Adventures in Golf.” He popped the big question to Sia in early-2014.

Sia and once-husband Erik tied the knot on 2nd August 2014. They chose the Aussie songstress’ Palm Springs home as the wedding venue.

Before they could have kids, the duo separated in December 2016. Per reports, Sia and Erik had their divorce finalized in 2017.

A self-identified bisexual woman, Sia was in a relationship with JD Samson for about three years. Her affair with then-girlfriend JD ended circa 2011.

Back in 1997, Sia lost her then-boyfriend Dan Pontifex to a fatal car accident. Months before the tragedy, the lovebirds’ had made plans to relocate to London. England.