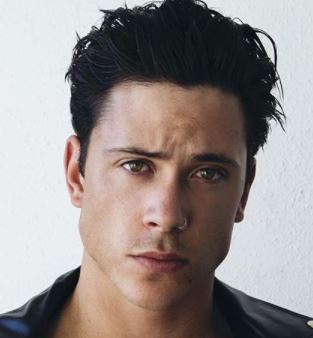 The singer/songwriter and model, Brighton Reinhardt was in the spotlight in August 2020 rumored to be dating the Bachelor‘s star, Cassie Randolph. However, Brighton confessed to Us Weekly that they were “just friends” and have been for over four years.

A year later, Brighton and Cassie seemingly confirmed their romance on Instagram.

So, what was going on between these two, get know as this wiki-style article continues. Also, learn about Brighton Reinhardt’s private life on the way.

Corresponding to his birthday, Brighton is of Aquarius zodiac.

Also, Brighton defined himself as “a fun-loving and approachable guy who loves his family and music.”

Born and raised in Dana Point, California, Brighton Reinhardt comes from a family of celebrities. And we say this because of his 3 siblings; Cole, Katin, and August.

Furthermore, Brighton’s younger brother August Reinhardt is a renowned photographer who has worked with  “Why Don’t We”, “The 1975” and Ed Sheeran.

As for Brighton’s parents, they are named Ernie and Sydney Reinhardt.

Apart from this, Brighton always struggled with a bone disorder called Congenital Pseudo Arthrosis (CPA). By the age of 21, he had already undergone 17 surgeries. Reportedly, he was born with CPA.

Also, growing up, Brighton found escape in surfing. He was ranked in the top 10 in the Surfing America Prime series and top 5 in the WSA for Boys U16.

Moreover, he was one of the Orange County surfers who won eight divisions.

Reportedly, Brighton was discovered on Instagram for modeling. He shared,

“Modeling has opened a lot of doors for me and allowed me to work with many of creative people. It has helped me to become more confident in who I am as a person.”

However, people mistake him for being unapproachable and full of himself, which is the complete opposite of who he was.

As of August 2021, Brighton flaunted 89K followers on his Instagram @briiighton and 14 followers on Twitter @brightonrhardt (was inactive then).

Brighton Reinhardt’s net worth was estimated to be over $800 thousand in 2021.

Talking about his music, Brighton released a few singles and EP’s that were available on Spotify under his name. Listing some of his popular songs are — Give Me All Your Love, Fade on out, You don’t, Gravity, and Out of ur mind.

Moreover, he was represented by Wilhelmina Los Angeles.

Also, Brighton shared that music was his motivation and allowed him “to escape and live without the pain of CPA (Congenital Pseudo Arthrosis) for at least a moment in time.”

His biggest inspiration in the music industry was John Mayer.

As for his education, Brighton attended Calvary Chapel Christian Academy.

Coming back to the false rumors about Cassie Randolph being Brighton Reinhardt’s girlfriend, it all started when the duo was spotted spending time with Brighton’s family.

Moreover, at the time Cassie just had a rough falling out with her ex-boyfriend, Colton Underwood.

In the Summer of 2021, after a year of dating, Brighton confirmed Cassie was his girlfriend all along. Uploading cute Instagram selfies of them, the singer wrote: “insert cheesy caption here”. Brighton also released a music video for his song “Dreaming” that focused on their romance.