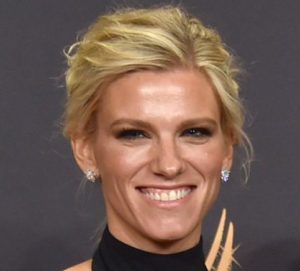 An onlooker stated that the pair sat on the aisle and seemed to be having a great time in each other’s company.

Speaking to Page Six, another witness believed that Lindsay and the “Mad Men” actor were on an actual date.

According to a source close to the actor, Jon and Lindsay knew each other for more than a decade.

The news came three years after the pair got spotted at a Kanye West concert in New York in Fall 2016. 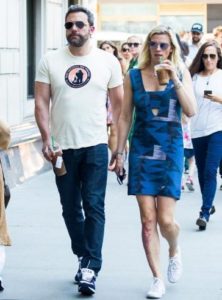 Lindsay and her ex-boyfriend Ben’s dating life entered the public domain in Summer 2017. Citing the actor’s struggles with alcoholism, the pair called it quits in August 2018.

In late-February 2019, Lindsay and then-estranged boyfriend Ben reignited their romance, only to part ways months later.

Believe it or not, Lindsay Shookus is a divorcee and a mother of one.

Lindsay met her future husband Kevin Miller – a TV producer by trade – in the year 2002. After eight years together, the duo finally tied the knot in 2010.

Three into their married life as husband and wife, Lindsay and Kevin welcomed a daughter named Madeline. The birth of Madeline, however, couldn’t save their marriage as the couple separated in 2014.

What Does Lindsay Shookus Do? Net Worth, Salary + Height

Lindsay Shookus is a show-biz veteran. Working for “Saturday Night Live” – first as a co-producer & then as a producer – she boasts three Emmys (as of Sept 2019).

Besides SNL, the mother-of-one boasts producer credits on the hit sitcom “30 Rock.”

The revered TV producer was born to parents: Robert and Christine Shookus. While her father owned an electronics and houseware business, her mother was a sales representative.

With regards to education, Lindsay holds a bachelor’s degree from the University of North Carolina. Meanwhile, she attended the Williamsville South High School.