As Griselda Records’ flagship artist, Conway The Machine skyrocketed to worldwide fame in 2015 with mixtapes “Reject 2” and “The Devil’s Reject.”

Revered for keeping the essence of the “East Coast” sound alive, Conway is every backpacker’s most-prized artist.

Delve into Conway’s wiki to get learn more about it!

First-time listeners often have mistaken Conway The Machine for “a New Yorker.” On the contrary, he hails from upstate New York. Buffalo, to be more specific is his hometown.

With regards to the family: Conway is half-siblings with brother and rapper Westside Gunn. Meanwhile, fellow Griselda Records’ artist Benny The Butcher is his cousin. 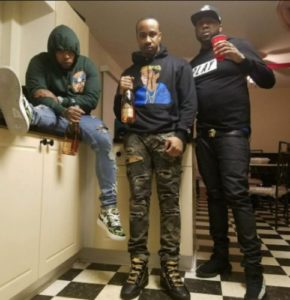 What Happened To Conway The Machine’s Mouth & Face?

Years leading up to his rap career, Conway The Machine engrossed himself in a life of crime. Following a jail sentence, he left it all and began taking music seriously.

Managed by brother Westside Gunn, Conway attracted attention from major labels. But in 2012, his musical aspirations received a blow after he got shot from the back of the neck and head.

The said shooting paralyzed his right side of the face and left Conway with Bell’s Palsy.

Undeterred by his condition, Conway went on to release more music. Fittingly, Consequence of Sound labeled him a “mush-mouthed” lyrical wizard.

By 2014, Westside Gunn had founded Griselda Records and signed Conway The Machine as its first artist.

The “Bang” hitmaker repaid his brother’s faith by churning locally hit songs. He would eventually partner with Westside to form the duo “Hall & Nash.”

Recognizing the brothers’ talent, Eminem handed them a distribution deal via his imprint Shady Records in 2017.

Conway was the standout on Griselda’s 2019 group project “WWCD.” To rally the support for the album, he and his labelmates performed “Dr. Birds” on the Fallon in January 2020.

With several notable collaborative efforts to his name, Conway boasts the title of a mixtape legend. Projects such as “Blakk Tape.” “Reject On Steroids,” and “Everybody Is F.O.O.D” earned him the status.

Discussing Conway The Machine’s married life: The “1000 Cropses” rapper appears reluctant to flaunt his wife on social media — of course, assuming that he has one.

What’s more, Conway’s rap lyrics rarely touch on the subjects of girlfriend and the dating scene.