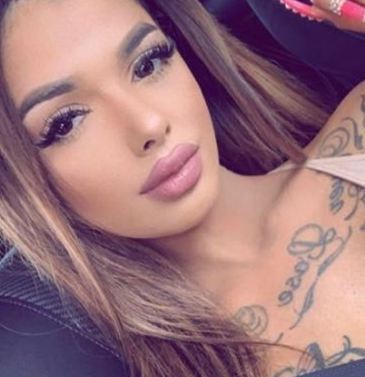 Any Hip-Hop groupie list not comprising of the name Celina Powell lacks credence.

Celina is to the 2010s Hip-Hop scene what infamous video vixen-turned-author Karrine Steffan was to the 2000s rap culture.

Delve right into Celina’s wiki-style biography to know her!

Courtesy of the birth sign, Celina celebrates her birthday on the same day as actress Daniella Perkings.

Since Celina doesn’t own a Wikipedia profile, the public has found it difficult to gaze into her childhood and upbringing.

Moreover, details about her biological parents, siblings, and early life are also shrouded in mystery.

Blessed with little over five feet and five inches height, Celina Powell is a walking billboard for plastic surgery hospitals.

To enhance her looks, Celina has undergone a host of surgeries including breast augmentation, liposuction, and rhinoplasty. Admittedly, she does all her operations in Denver, Colorado.

What’s more, Celina Powell identifies as a social media star. Backing up her internet personality claims are her 125k+ YouTube subscribers and 319k+ Instagram followers (as of Nov 2020).

Nobody knows how Celina has astutely modernized her social media fame. However, a rough estimate places her net worth around $250 thousand.

In 2020, Celina launched her OnlyFans profile. For a $12.50 monthly subscription fee, her fans recieved access to adult content.

Also in 2020, Celina began co-hosting a podcast on the YouTube channel “No Jumper”. As the drama unfolded between her, Lena The Plug, and Adam22, the podcast met its end.

Celina Powell’s list of affairs runs deep. Her primary targets are Hip-Hop personalities who are on the know-how. She doesn’t care if her prey is a married man or dating somebody else. 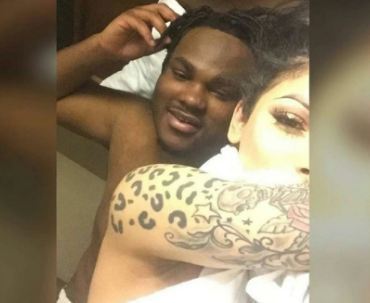 Beyond her impressive conquests, Celina also boasts quite a criminal record. In the system since 16, she was arrested in 2018 for owning $61k+ in outstanding bonds that stemmed from charges of shoplifting, traffic violations, and evading police.

If Celina doesn’t “bed” the popular Hip-Hop artists, she fights them. Her online sparring with DJ Akademiks and Joyner Lucas are well documented.

Notorious for instigating drama, Celina Powell singlehandedly almost ruined rapper Offset’s marriage to Cardi B by faking a pregnancy and an affair.

Months after first hailing Offset as her baby father, Celina finally admitted to lying about being pregnant in May 2018.

Rappers Chief Keef and Fetty Wap previously found themselves in Offset’s shoes after being falsely accused of impregnating Celina.

Tired of her antics, rapper Walka Flocka Flame once placed a restraining order against Celina. Moreover, he accused her of defamation.

Of all the controversies surrounding Celina Powell, none garnered more attention than the alleged rape involving her and R&B singer Trey Songz.

According to Celina, the “Already Taken” hitmaker locked her in a bathroom and forced himself on her.

After initially filing a rape case against Trey, Celina opted not to pursue the charges.

In August 2020, appearing on the No Jumper Podcast, a friend of Celina named Aliza that Trey kidnapped her and urinated on her.

Responding to the allegation, Trey shared screenshots of text exchanges between him and Aliza.

In late-December 2019, Celina made headlines after detailing a drug-fuelled alleged sexual encounter with Snoop Dogg. Admittedly, she and the “Wild, Young and Free” rapper had unprotected sex after flying her out.

Responding to the claims, a heartbroken Shante Monique Broadus – Snoop’s romantic partner of 20+ years – took to Instagram and shared cryptic messages. In one of her posts, she labeled Celina “a snake.”

Also in late-2019, Hazel E put Celina Powell on blast for sliding into her fiance-turned-baby father Devon Waller’s DM. The reality TV star warned her to stay out of her husband’s DMs.

Responding to the accusation, Celina claimed that it was Hazel’s partner Devon who approached her.

Also, At the turn of the decade, Celina promised to quit her promiscuous ways under Drake was down.

Seemingly going against her words, in February 2020, Celina then exposed crooner Tank by posting private messages exchanged between the two. Adding insult to the injury, she even tagged the singer’s wife Zena Foster.

Circa October 2020, Celina Powell made headlines after showing off her Mercedes Benz G-Wagon on Instagram.

DJ Akademiks, who gifted it for her, threw shed at the women with Birkin these days. The notorious Hip-Hop commentator then shared he had to buy an expensive car for a boss and a true queen.

A model by profession, Melanie Ann Martin rose to fame as the romantic partner of troubled pop singer Aaron...

According to 31st May 2021 reports, Dallas rapper Lil Loaded passed away. Ashkan Mehryari, the attorney for...