Home EntertainmentDavid Kersh Net Worth, Height, Battle On The Beach

David Kersh Net Worth, Height, Battle On The Beach 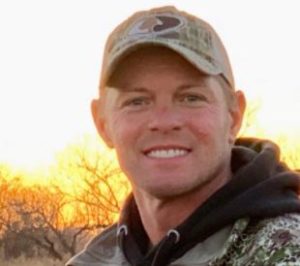 HGTV never fails to bring us an exciting series that’s completely different from the other, and this time we have “Battle on the Beach”. The competition show features three couples including our star for the article David Kersh, and his wife Kerry, executing a beachfront renovation for a prize of $50,000.

Let us delve into the world of David Kersh as this article proceeds.

David Kersh Battle On The Beach

Airing in the summer of 2021, Battle On The Beach brought us three couples: David and Kerry Kersh, Josh and Shonnie Thomas, and Darryl and Sunjay Williams, who competed on the shores of the Alabama gulf coast.

Each week, the couple executed a renovation challenge with hopes to impress star judges Mike Holmes (from Holmes + Holmes) and Mina Starsiak Hawk (from Good Bones).

So the theme was, by the end the team that gathered the most points took home the  $50,000 cash prize.

Corresponding to his birthday, David is of the Sagittarius zodiac.

Trivia: David is four years older than his wife Kerry who was born on September 10, 1974

As for his siblings, David has a sister and a 4-year-older brother named Michael Kersh (birthday: May 18).

Michael is the owner of Three Stone Creek, living in Nashville, Tennessee with his wife and two lovely kids.

Talking a little more about David’s parents, his dad Charlie started his first radio station in Humble, Texas with David’s grandfather. Not much was known about David’s mother except for the fact that she was born on October 24, 1948.

Mentioning his distinct features, David has brown eyes and a rectangle face.

As of July 2021, David Kersh had 119 followers on his Instagram @dkersh43. It was kept private then.

Find him over Facebook @david.kersh.104. The only pictures he uploaded there were from his time hunting a deer. Guess, David was into the hunting game.

A Comanche, Texas native, David was working as an agent at his self-owned real estate company Kersh Real Estate in 2021. Reportedly, he started the business with his wife on 3 October 2019. Since then, he has sold over 80 properties all around Texas.

The last we checked, David had listed 4 properties ranging anywhere from $89 thousand to  2.5 million.

But David wasn’t always a realtor. Previously, he and his wife were known for being country singers. During his early 20s, David worked at the local Texas dancehall circuit, and eventually landed a major-label record contract. He then released his debut album, Goodnight Sweetheart in 1996, followed by If I Never Stop Loving You in 1998.

Some of his popular songs included Goodnight Sweetheart, Another You, The Sudden Stop, and It’s Out of My Hands.

In light of his education, David graduated from Humble High School and went on to join Texas State University.

David Kersh married the country music artist Kerry Kersh back on May 23, 2009, and they went on to have two kids named Sienna and Slade. Fast forward to 2021, David and his wife have given up their musical journey and together ventured into the real state world.

However, though they might have left singing professionally, their love for music still got them to sing together at times. The last we saw them perform was over 2018 Kerry’s IG post, which was captioned, “When you marry a man whose past career was also being a singer, you do random impromptus.”

Talking about David and Kerry’s relationship history, they first started dating long before 2000. But they broke up in the middle and Kerry went on to marry the late country singer Daryle Singletary in 1995; which ended in divorce in March 2002. So, Kerry and David got back together, patched things up and the rest is history.

Little info about David’s wife Kerry Kersh: She hails from Comanche, Texas where she went to Comanche High School. Later, she then joined Tarleton State University and by 19 she was already performing on local radio shows.

0 Replies to “David Kersh Net Worth, Height, Battle On The Beach”