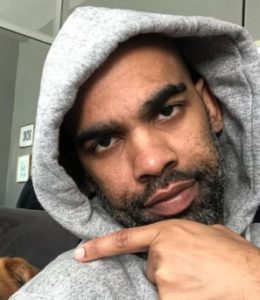 Your favorite show Making It is back for its third season (set to premiere on June 24, 2021, on NBC) with its hosts Amy Poehler and Nick Offerman.

As a set of new talented craftspeople come together to create some cool things in hopes of winning the title of “Master Maker” as well as a cash prize of $100,000, the judges Dayna Isom Johnson, Simon Doonan, and shop master Jimmy DiResta will help choose the deserving winner.

In this Ryan F Johnson bio, we will talk about judge Dayna Isom Johnson’s husband. Get insights into Ryan’s age, family, job, and wedding information.

Furthermore, Ryan celebrates his birthday on the 19th of June every year. Going by his birthday, his zodiac sign is Gemini.

Ryan F Johnson was born and brought up in Detroit, Michigan by his parents. He only moved to Harlem, New York, with his wife in 2014.

As of June 2021, Ryan’s mom still lived in Detroit. However, we do not know about his dad’s residence. By the looks of Ryan’s Facebook handle, it looks like Ryan’s parents are already divorced.

One time, Ryan’s dad has also been featured in Ryan’s Instagram handle. Ryan had posted a picture of them with beers on their hand and captioned the picture: ‘Me and Pops kickin it hard for the Kentucky Derby.’

Ryan also has a brother, Nicholas A. Johnson, in his family. Nicholas graduated from Western Michigan University on April 30, 2017. A writer, illustrator, and designer by profession, Nicholas has been committed to his partner Nana Fatima Nambela since June 28, 2020.

Ryan F Johnson stands tall at a height of 6 feet 1 inch and weighed no more than 72 kilograms. His distinctive physical characteristics would be a bald head, muscular body, and some grey beard hair.

Did You Know?: Ryan had dreadlocks at one point in his life.

As of June 2021, Ryan was available on Instagram and Facebook. Over those two platforms, he had a decent social media reach.

Ryan completed his high school at Cass Technical High School. It was at Cass Tech where he met Jay Z; the rapper/songwriter was appointed as a principal for a day.

From 2008 to 2009, Ryan studied acting at New York Conservatory for Dramatic Arts. After which, he joined NYU and achieved his Master of Arts degree in Educational Theatre: College and Communities.

Ryan’s first job was as a Teaching Artist at the Research Foundation of the City University of New York. He worked at CUNY from August 2009 to June 2012.

Since September 2015, Ryan has been teaching at Atlantic Theater Company. Ryan teaches an 8-week scene study/playwriting course that introduces beginner acting students to the world of theater.

As an actor and producer, Ryan is most popular for The Girl Is In Trouble, The Closer, and Date. Love. Repeat. Some of his other film credits include Dog, Deadly Sin: Vince Marinello Story.

Over the years, he has also been a part of different theatre productions. Some of them are Last Days of Judas Iscariot, Our Lady of 121st, Room 4, Codes, Trouble in Mind, among others.

As of June 2021, Ryan’s net worth was unknown. However, a tentative estimation would show a figure of around $1 million.

Ryan F Johnson has been long married to his wife Dayna. In case you did not know about Dayna, she is a judge and Etsy trend expert on NBC‘s Making It.

The couple is believed to have known each other for at least 10 years. Making an Instagram post on February 15, 2020, Ryan revealed that their love had just begun while they were celebrating his birthday together in 2011. 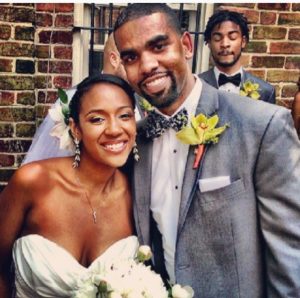 The day after their wedding, Ryan took to Instagram to let his followers know about his marriage with Dayna.

The adorable duo displays great rapport in real life, as well as in the pictures. Their Instagram handle is filled with their pictures.

As of June 2021, Ryan and Dayna had no kids. Furthermore, they have not yet announced any wedding plans.