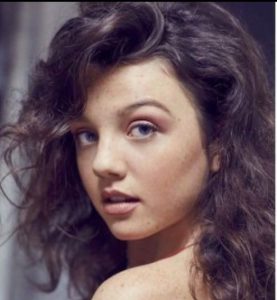 The subject of this article, Stefania LaVie Owen, is a popular actress mainly known for her performances in The Lovely Bones and The Carrie Diaries.

The actress has once again created quite a buzz on the Internet as her new TV show Sweet Tooth premiered on Netflix on June 4, 2021. Learn about Stefania’s role in Sweet Tooth below. Also, get insights into Stefania’s age, parents’ info, net worth, and boyfriend info.

Stefania starred in Netflix‘s upcoming fantasy TV drama Sweet Tooth in the role of Bear. While Netflix also offered insights into Stefania’s role, the streaming service did put up a description of Sweet Tooth.

It reads, “On a perilous adventure across a post-apocalyptic world, a lovable boy who’s half-human and half-deer searches for a new beginning with a gruff protector.”

The Netflix show also has stars like Christian Convery, Nonso Anozie, Adeel Akhtar, Will Forte in its cast.

Stefania LaVie Owen was born in the year 1997, which made her 23 years of age in June 2021. She celebrates her birthday on the 15th of December every year. A December 15th birthday gives her a “Sagittarius” zodiac sign.

Stefania LaVie Owen was born in Miami, Florida to her parents. Her mom, Margarita Owen, is American and hails from Cuba. Whereas her dad, Mark Owen comes from New Zealand.

Stefania spent the first four years of her childhood in the United States. She, then, moved to Pauatahanui, New Zealand, a village 30 kilometers north of the capital city Wellington with her family. Therefore, she has American and New Zealander citizenship.

Moreover, Stefania’s parents celebrated their 28th anniversary of togetherness on May 15, 2021. Both of them took to Instagram to wish each other on their personal milestone.

Other than her parents, Stefania also has two sisters (both of whom are actresses) in her family. Their names are Carly Owen and Lolo Owen. Carly is known for her performances in Bridge to Terabithia and Blankets and Lolo is known for Krampus and The Cure.

As of June 2021, Stefania LaVie Owen stands at a height of 5 feet 3 inches (1.60 meters) and weighed no more than 115 pounds. Stefania’s skin is freckled, which only adds to her attractiveness. She has dark curly hair that complements her blue appealing eyes.

Having established herself as one of the successful actresses, Stefania LaVie Owen’s net worth was reported to be around $500 thousand as of June 2021.

It was in elementary school when Stefania caught the acting bug. She even won a trophy for her acting kills while she was at Pauatahanui.

Stefania made her debut in the film industry through the 2009 supernatural thriller drama The Lovely Bones, directed by Peter Jackson. The Lovely Bones featured a star-studded cast, which included Rachel Weisz, Mark Wahlberg, Susan Sarandon, Saoirse Ronan, to name a few.

In 2010, Stefania landed the role of Puddle Kadubic in the American comedy series Running Wilde.

Her rise to fame started in 2013 after she landed the role of Dorrit Bradshaw in The CW‘s teen comedy-drama The Carrie Diaries. The series aired for two seasons from January 2013 to January 2014 and featured stars like Anna Sophia Robb, Austin Butler, and Ellen Wong.

Following the crazy success in The Carrie Diaries, Stefania continued to grab amazing roles. In 2015, she starred as Beth in a dark fantasy comedy horror movie called Krampus.

Her latest movie was called Paper Spiders (2021). She played the role of Melanie in the movie.

Her other acting credits include Coming Through the Rye, Chance, All We Had, The Beach Bum, Messiah, The Cat, and the Moon, among others.

While Stefania’s career graph and net worth can be read everywhere on the Internet, that is not the case with her personal life. The talented actress keeps a very low profile and rarely talks about her relationship life on the Internet.

All the guys that we get to see on her Instagram handle are often her male co-stars. As of June 2021, it looked like Stefania LaVie Owen was single. It did not even look like she was searching for a boyfriend. What it did look like was Stefania first want to forge a path for a great acting career ahead.

In the past, however, Stefania LaVie Owen was head over heels in love with her non-celebrity boyfriend Harry Ritchie.

A month later, Stefania uploaded another picture of them inside a zoo. She put the caption, “A day at the zoo,” alongside a cute picture of them with a kangaroo in the background.

If you go and scroll down some old pictures present on Stefania’s Instagram handle, you can find some more pictures of them. 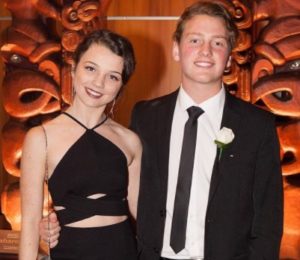 Stefania and her ex-boyfriend Harry at a function.

Their last post together came on May 7, 2016. Stefania posted a picture of herself and her now ex-boyfriend Harry in the Arc De Triomphe, Champs Elysees, Paris.

That was Stefania’s last picture with Harry. It certainly looked like the pair had parted ways after their visit to Paris.