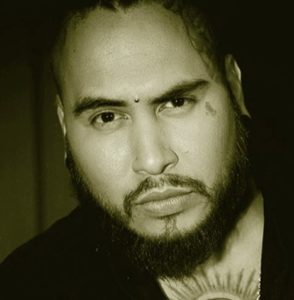 Cartel Crew, the VH1 reality TV show, was back for its 3rd season in 2021, and like its previous seasons, the viewers are going to see the individuals, whose family have had connections to drug cartels in Miami, Florida, navigate through life and deal with all the effects that the cartel business has had on their lives.

While almost all of the main casts are returning for the 3rd season, Carloz “Loz” Oliveros did not seem to be in the Season 3 cast list and the promo clips. This left many fans wondering where Carlos is now.

Get to know where Carlos”Loz” Oliveros is now in the article below. Also, learn about his age, family info, net worth, and girlfriend information.

Where Is Carlos “Loz” Oliveros Now?

Carlos “Loz” Oliveros is best known for appearing in Cartel Crew and working at a tattoo shop named Till the End Tattoos based in Miami, Florida. But, after the end of Season 2, fans have not spotted him anywhere. Furthermore, Carlos is believed to have left his tattoo shop in 2019.

As of June 2021, Carlos continued uploading his latest tattoo works on his Instagram handle. This confirms that wherever Carlos is, he is at least safe and sound.

Coming to the possibility of Carlos’s return in the next season of Cartel Crew, the tattoo artist had nothing to say about that. However, his Instagram bio still states him as the cast member for Cartel Crew. Therefore, the return of Carlos in the coming seasons cannot be ruled out completely

Carlos “Loz” Oliveros was born in the year 1987 and was 33 years of age in June 2021. He celebrates his birthday on the 11th of December every year. Going by his December 11th birthday, Carlos’s zodiac sign is Sagittarius.

Carlos “Loz” Oliveros was born and raised in Mexico.

He comes from a boxing and tattooing family. Carlos’s father is an industrial electrician. Cartel Crew star grew up watching his father build tattoo machines and therefore learned a lot about tattooing from him.

“One day I saw him dismantling pens.. and was like ‘what the hell is he doing’ and then a few weeks later he was making an amp for machines,” Carlos told.

Carlos’s father was apparently a boxer too and has competed in Central American games. Carlos’s love for boxing sprung from there.

Carlos, himself, has already won 3 State Titles plus Regionals and Nationals. In 2012, he even secured a spot to compete in the Olympic Trials.

As of 2021, no information about Carlos’s brother was available.

Carlos “Loz” Oliveros stands tall at a height of 5 feet 10 inches. Furthermore, the reality TV star went through a massive transformation in 2018. Carlos even uploaded two pictures to show the results of how much weight he had lost during his body transformation.

Though we don’t know how much Carlos earns as a tattoo artist, the average salary for a tattoo artist in the United States is $58 thousand. As of June 2021, Carlos “Loz” Oliveros’ net worth was reported to be around $400 thousand.

Carlos “Loz” Oliveros grew up surrounded by the world of the Mexican cartel.

Cartel Crew star was involved in the cartel business for the longest time until a bloody shootout, where he even lost one of his family members, led him to walk away from the business.

After leaving the cartel business, Carlos has been tattooing for his living. Though Carlos occasionally did tattoo art in some of his friends, he professionally began tattooing in 2010 by joining Exception Ink located in Miami. He then worked at Tatu Baby’s studio for some time before joining Till The End Tattoos.

Carlos reportedly left that tattoo company too in 2019 and has been tattooing at some other tattoo centers in Southern Pines, North Carolina.

Coming to his personal life, we know that Carlos “Loz” Oliveros has one daughter from his ex-girlfriend Yolanda. Carlos never posted much about his ex-girlfriend or his daughter in his socials, but one time when he did he went all praise for Yolanda.

On May 11, 2020, during Mother’s Day, Carlos thanked his baby mama for sticking with him through his thick and thin. He wrote, “I don’t say this much, as some would say it’s a bit selfish (which is ok) but throughout all the difference me and my daughter’s mom have gone through one thing is certain; she gave me my biggest blessing in my daughter.” 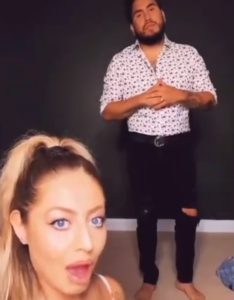 Carlos Oliveros, aka Loz, with his new girlfriend or maybe wife.

As of June 2021, it looked like Carlos already has found a woman for himself (not sure if she is girlfriend or wife at this point). The girl who goes with the username @bluu90 on Instagram has already been featured on Carlos’s Instagram in May 2021.