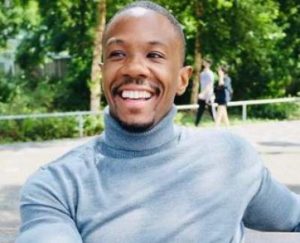 The 24 August 2021-episode of Bachelor in Paradise included an elimination ceremony that left 10 pairs remaining on the beach but promised more contestants would enter.

Riley Christian On Bachelor In Paradise

Riley Christian, from Tayshia Adams’ season of The Bachelorette, joined the show again as the cast of the franchise’s 2021 season.

Soon upon his arrival, women admired him and his biceps.

Tahzjuan Hawkins even joined the show hoping to meet him and was especially smitten at first. But Riley quickly disappointed him by instead asking Maurissa Gunn.

Following his Bachelor In Paradise debut, Riley Christian took to his Instagram to share an intimate moment with Maurissa Gunn on 25 August 2021. In what looked like a shot from their dinner date on Bachelor In Paradise, Riley is seen placing a soft kiss on Maurissa who seemed to be enjoying the gesture. 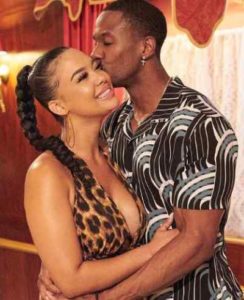 Riley; “That was something special” (Riley’s IG)

Riley and Maurissa’s date had started as a game where participants are forced to answer telling questions or eat unappetizing food. The event soon turned into a sexually charged evening. Eventually, two found themselves back to the resort and into the “boom boom room”. The place, in the Playa Escondida Resort in Sayulita, is meant for couples wanting to utilize privacy for sexual activities.

Meanwhile, unaware of this, Connor Brennan (who has been linked to Maurissa since her arrival on the ABC show) was playing songs on his ukulele, secure in his relationship with the lady

Anyway, word has it, Riley will get his happy ending by the time the show comes to an end. Fans have been waiting for the Bachelor in Paradise finale for him to propose to Maurissa.

Reality Steve wrote on his blog — Joe Amabile and Serena Pitt, Kenny Braasch and Mari Pepin, and Riley Christian and Maurissa Gunn, all are getting engaged in the finale.

During The Bachelorette Season 16, Tayshia had sent Riley home Right before Hometowns citing her heart was not in it, and she did not want to lead him on. And before his limo exit, which broke many hearts, Riley had said that Tayshia was still the one.

In the season, Riley also dated Clare Crawley before he started to shine with Tayshia.

Later, amid the “Men Tell All” reunion, Riley had thanked Tayshia for allowing him to be vulnerable.

Riley Christian was born and brought up in his hometown of Detroit.

On social media, Riley briefly mentioned his father Dwayne Henderson Sr., and his mother (who is on her Instagram @Ismom518).

In what looked like a mother’s day post, Riley gushed over the sacrifices his mom made; also declaring that he truly is his mother’s son and that he got all his strength from her.

Then, for siblings, Riley seems to have just one sister named Dijah Pickle (on Instagram @dijahpickle).

When still a high schooler, Riley Christian already was 6′ 1″ tall. At the time he was drafted out of high school by the Philadelphia Phillies. And soon he was also playing collegiate baseball at Division I, Division II, and Junior College levels.

Until 25 August 2021, Riley Christian had 72.8K followers on her Instagram @rileydchristian.

You may also find Riley on Cameo, a video-sharing website. His booking price on the platform is $50.

Before the world knew of Riley Christian’s Bachelor in Paradise stint, he had above an estimated $800K net worth.

Professionally, Riley is an attorney and sports agent for baseball.

Before admitting to practicing law in the States of New York, Riley received his Bachelor of Arts degree in Journalism from The University of Findlay in 2013. Three years later, he completed his J.D. from Syracuse University College of Law.

Hint on his medical malpractice attorney salary — comparable.com calculated that the attorney made $146,341, 5% above the national average salary of $139,525.

Other than that, Riley is the full-time owner of Reberth, a sports representation company in New York City, where he continues his baseball passion by helping players on their journey to the Majors.

All aside, the all-rounder also added to his income working as a real estate agent.