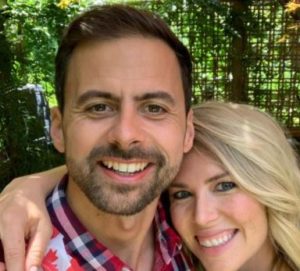 On 25th Aug 2021, Netflix premiered its latest renovation series titled “Hotel Makeover”. One of the stars on the show is April Brown. As it does with every new Netflix star, viewers seem to show interest in April Brown’s boyfriend, Ingo Rauth.

This Ingo Rauth Wiki provides a window into the “Hotel Makeover” star April Brown’s boyfriend’s life including his age, job, and nationality. It also delves into his net worth, Instagram, and height.

While April Brown is a native of Canada, Ingo Rauth holds German nationality. Reportedly, he was born in Germany and raised in Frankfurt.

Very few people on Earth are as well-traveled as Ingo. As of 2021, he has lived in countries like Sweden, the Netherlands, Switzerland, Hong Kong, Spain, the USA, and Canada.

It is in Canada that Ingo opted to settle. What’s more, he received PR (Permanent Residency) in the Great White North in 2019.

Talking family members, Ingo has at least a brother for siblings. Details concerning his parents, meanwhile, remain a private affair.

Ingo Rauth towers over April Brown only by several inches. Hence, he can’t be any taller than 5’11”.

As for Ingo’s doppelganger, he has a slight resemblance with actors Jeff Goldblum and Ray Romano.

Meanwhile, Ingo had launched his Twitter @ingorauth in April 2010.

As for his presence on Facebook, Igno has both a profile and a page on the platform.

For a year, at the turn of the century, Ingo attended Design Factory International and studied graphic/communication design.

Between 2004 and 2008, Ingo studied industrial design at Darmstadt University of Applied Sciences. After a year gap, he went on to enroll at Hasso Plattner Institute. There, Ingo was a Ph.D. candidate, performing research on design thinking education and innovation management.

In 2015, Igno received his Doctor of Philosophy (Ph.D.) in Innovation Management & Design from the Chalmers University of Technology. Speaking about his time there, he said, “During my studies I investigated the implementation and use of design thinking as a management Fashion/idea in large organizations, building on theories related to innovation management and management fashions.”

Ingo Rauth dons several job titles. Besides being the founder of “School of Becoming,” he is an Adjunct Professor in Professional Development at IE Business School. He is also a Career Transition Coach.

Why did Igno launch the “School Of Becoming”? Well, read it in his own words — “Seeing how a global pandemic has impacted friends, colleagues, industries, and academia showed me that knowing how to become is not just a matter of self-actualization anymore. Learning to become has become a matter of thriving beyond surviving in a rapidly changing world. Realizing this, in 2020 I created School of Becoming, a place where people can come together to learn and support each other in navigating these times of transition.”

Speaking on his company’s mission, Igno added — “The mission of the School of Becoming is to make education accessible and provide evidence-based support for professionals who seek to not just react but proactively engage in navigating their personal and professional becoming. I’m currently offering a Life Design course that helps professionals to answer three critical questions: Who am I, what do I want and how do I get there?”

Now to his net worth, Igno must own more than $300K fortune.

Ingo became appearing on “Motel Makeover” star April Brown’s Instagram in mid-2018. They could’ve been dating one another much earlier than that.

Nonetheless, 3 years on, neither April nor her boyfriend, Ingo had discussed engagement — let alone their wedding.

Moreover, April and Ingo hadn’t expanded the family and welcomed any kids as of Aug 2021. That said, the couple seemed smitten with their arrangement.