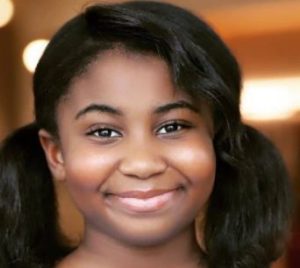 The 2020 pandemic and the following year might have been the worst for many but 2021 was indeed a good one for the child actress Celina Smith. She was not only cast as one of the main characters on Young Dylan but also went on to portray the lead of Annie Live! later.

Learn more about her as this Celina Smith Wiki proceeds.

In August 2021, Celina Smith joined the Today show to make the big announcement that she was playing the titular role in NBC’s Annie Live!, scheduled to premiere in Dec that year.

According to Celina, she ended with a very exciting call, after a long audition process that began with a self-tape. She was in her mom’s room while she got the phone call. “What are you going to be doing this October?”, they said. To which she replied, “’I don’t know.”

The caller then added, “You’re going to be in New York doing Annie Live this October!”

It was January 2020 when Nickelodeon first revealed his cast for Young Dylan. And alongside the names like Tyler Perry, Dylan Gilmer, Anthony Payne II, Mieko Hillman, Hero Hunter, and Aloma Wright, there was our child star’s name Celina Smith.

Celina portrayed the role of Rebecca, which is also her first role on television.

Corresponding to her birthday, Celina is of the Taurus zodiac.

Celina Smith is the daughter of entrepreneurs who both have a high influence in the entertainment business. Her parents, Natarsha and Craig Garcia are the co-founders of the talent agency AGI Entertainment, established in June 2000. Their company also provided training classes, aside from prediction and management.

Talking more about them, Natarsha has solid 20+ years of expertise in “triple threat” talent development, and the ability to identify and refine talent. Likewise, Craig, a Cape Cod, Massachusetts native, started in the entertainment business at 18. He met his best friend/future wife Natarsha in 1996 and started their business together.

The two recently celebrated their 23rd marriage anniversary on April 4, 2021. 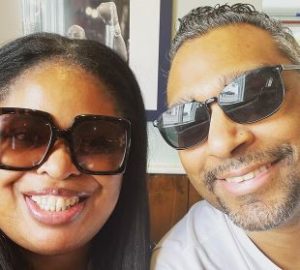 Also, Celina has a lovely grandmother Barbara Hardy Kinder, who predicted that Celina will be cast in Annie Live! In the future, while she was only 3. Barbara is a South Norwalk native who attended H.B. Sugg High School and went on to study at the Norwalk Community College.

In 2021, Celina resided in her hometown Atlanta, GA. But she lived in New York for a while for the filming of Annie Live!.

Trivia: Celina’s father Craig started in the entertainment business doing a popular play called Grease at his local High School. It was that one particular act the made him realize his passion to be a recording artist and actor.

Does Celina Smith Have Any Siblings?

Yes, Celina has a sibling. Her older brother Brandin Jay worked with their parents at AGI Entertainment as Creative Director.

Also, Celina has a sister named Anaya Cheyenne, related as the god-daughter of her parents. Yes, she is the same Anaya Cheyenne who is an actress, singer, dancer, and model. If you don’t know her, you may recognize her as a member of the Pink Heart band.

Celina Smith stood tall at a height of under 5 feet 2 inches (157 cm). But this data would change in the upcoming years, as Celina was only 13 then, and was still growing.

Performing since the age of seven, Celina always had her heart in the entertainment business. She shared that it was at one of her parents’ entertainment camps, where she received her start singing, and five years later, she got cast in Annie Live!.

Besides that, Celina has once appeared in the 2020 Toy Awards.

A triple threat, Celina can sing, dance, and act. If you haven’t heard her singing, do check her Youtube channel where she had her covers of popular songs by Billie Eilish and Meghan Trainor.

Merit to her name, Celina was given a Young Artist Academy Award nomination for the best recurring actor on a TV show for her part in Young Dylan.