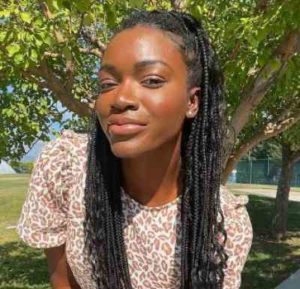 Bachelor In Paradise returned for a seventh season on August 16, 2021, and like the old times introduced many new as well as returning contestants to its viewers. Among them is Tahzjuan Hawkins already a known face to Bachelor Nation’s loyal.

Tahzjuan has already appeared in Colton Underwood’s Bachelor season in 2019 and Season 6 of Bachelor In Paradise, also the same year.

Tahzjuan Hawkins On Bachelor In Paradise

S07 E01 of Bachelor In Paradise 2021 aired wasted no time delivering standout moments and Tahzjuan, among others, had a big role in it.

Everyone just loved her “triumphant return” to the franchise. Her bubbly and playful personality has already garnered the support of a big crowd on the internet. Twitter got jammed with memes and tweets on her — funny ones but created in her praise.

Even the previous season’s contestant Derek Peth took to his Twitter to comment, “Tahzjuan should be on Bachelor In Paradise every single year. She is amazing television.”

In the meantime, let us remind you of Tahzjuan’s first stint in Bachelor In Paradise Season 6 where she went on an infamously sweaty date with Bachelor Nation’s favorite John Paul Jones. She had spent an entire evening dripping with sweat. Two years later and Tahzjuan was still fighting the Mexico heat in all her nights but this time around she seems to hold center stage in the series.

Tahzjuan Hawkins, after being born in the year 1993, grew up celebrating her birthday every year on October 15th. In 2020, she reached the age of 27. Also, to her fans wondering what her sign is, she is a Libra.

Tahzjuan Hawkins is from her hometown of Houston, Texas, and is currently (2021) living in Castle Pines, Colorado.

Back in December 2017, Tahzjuan took to her Instagram to write how devasted she was from her grandmother’s recent demise. Sharing a rare throwback memory with her, she worded:

“my heart is in a million pieces. I experienced the most excruciating pain I’ve ever felt in my entire life and I’ll never be the same after today. Thank you for what you did for this world and our family grandma. I’ll miss you forever.”

Years later, in March 2019, Tahzjuan again suffered the loss of her beloved father.

From what it seemed, Tahzjuan was not there to see her papa breathe his last air. And the last time, she went home for Christmas her papa could not recognize her from his illness.

At the time of his death, Tahzjuan’s parents were married for 60 years; referring to which she had shared — she prays to find a love like her parents.

Other than that she feels luckiest to have her mom with her. Now and then, Tahzjuan takes to her Instagram to express her gratitude towards everything her matriarch did for her, for many life lessons she taught her, but most of all for having taught her what it takes to be a mother.

Then, one may also find Tahzjuan on her ‘Tahzjuan Hawkins’ Facebook.

Tahzjuan Hawkins bought her first car and a Range Rover early in August 2017 and by August 2021, she had above an estimated $400K net worth. She had been working in health information management at Solace Pediatric Home Healthcare since June 2017.

Then, as per LinkedIn, Tahzjuan also started to work as a full-time associate broker at Real as of and a freelance business development consultant at Tattoo as of June 2021.

In the past, Tahzjuan was a customer success specialist and also in account management of Lyft and the health information management of Solace Pediatric Home Healthcare.

And for the longest time, from August 2010 – July 2017, Tahzjuan was a Kohl’s sales associate/assistant store manager.

For education, Tahzjuan studied Communication at the Metropolitan State University of Denver and went to Rock Canyon High School.

Regarding salary, Tahziuan solely earned an average of $73,981 from working as an associate broker in Denver.

In her previous reality TV show stints, she sparked up a couple of connections. She was linked with Tre Cooper from Katie’s season of The Bachelorette.

And fans were intrigued to find out that their fan-favorite also dabbled in a romance with a member of Tre’s family, i.e., his uncle. She had revealed to Tre about once dating his uncle.

Tre, a software engineer from Covington, Georgia, competed on Katie Thurston’s season of the show but was eliminated in Week 6. He was, at the time, one of the most outspoken men in the cast. And the good news is, Tre, just like Ivan Hall and Victoria Larson has returned to the franchise for this season.

Back in August 2019, Tahzjuan had gone crazy for John Paul Jones.

And once, into dating, the dating game show star dated a man who later turned out to be gay.