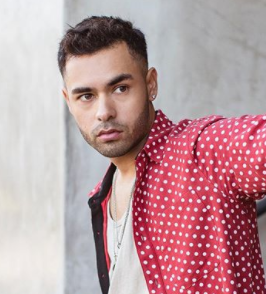 Netflix biographical drama Selena: The Series premiered on December 4, 2020, and Gabriel Chavarria made his way into the cast as A.B. Quintanilla.

The show directed by Moisés Zamora depicts the life and murder of Tejano singer Selena Quintanilla starred by Christian Serratos. Also, Gabriel will be working with names like Ricardo Chavira, Seidy López, and Noemi Gonzalez.

Here is everything you need to know about fans’ favorite, Gabriel Chavarria including his wife, girlfriend, and more!

Raise alongside 11 siblings, Gabriel considered his family as “the most important thing”. He shared, growing up in a big family “helped him appreciate the importance of having a supportive family unit.”

Also, it made him “understand and have a better perspective” on all the sacrifices his parents made to give them a better life.

Gabriel’s parents immigrated to the United States from Honduras. Furthermore, they already had seven of his older siblings and were pregnant with eight as they came to the States. So, giving up their previous life and with many mouths to feed, Gabriel’s family faced a lot of financial difficulties.

Also, he grew up in Los Angeles, California, and lived in Section 8 housing. But Gabriel mentioned that it didn’t matter where they lived, what’s important to him was “how life was inside the home”.

As for his ethnicity, Gabriel Chavarria is a Honduran.

Mentioning his distinct features, Gabriel is a handsome man white a perfect set of teeth. He has brown eyes and liked to keep his hair short.

If you want to take a better look at him, find him on Instagram @gabeiswitit, Twitter @gabeiswitit, and Facebook @gabrielchavarria with 125K, 8.3K, and 7K followers respectively (data from May 2021).

Gabriel Chavarria is an actor best known for his role as “Preacher” in War For The Planet Of The Apes (2017) and “Danny” in Lowriders (2016).

Apart from this, he appeared in various popular movies and TV shows that include:

Apart from acting, Gabriel is also music ardent. He even owned an independent music label called G & B Music Group.

Furthermore, Gabriel is also an athletic guy. You may see him riding bikes, playing basketball and soccer. Also, he was the founder of the West Coast Elite FC soccer club alongside his brother.

Trivia: he was a part of the Olympic Development Program and a reserve member of a Honduran soccer team.

He was spotted with many female companions and had many rumored girlfriends. However, Gabriel didn’t speak on the matter. Maybe he is waiting for the perfect time to surprise the fans with his mystery girl.

Gabriel Chavarria wasn’t married as of 2020. Also, that goes to say he had no wife. However, most of his brothers were married and he was next on the list.

He even joked about marriage from time to time. In Dec 2014, Gabriel took it to Twitter and wrote,

“Vegas with @ForeverYoungDv . Getting married”

But this wasn’t the first time @ForeverYoungDv popped as Gabriel’s love interest. In Jan 2014, Gabriel wrote,

“@ForeverYoungDv me and you baby; until we are”

And in May 2013, he uploaded a picture with her over Twitter captioned with hashtags “love” and “wifey”.

As of 2021, @ForeverYoungDv changed her named to @ThatWouldBeSoDV and her real name is Divna Thapa.

The duo now seemed to be inactive about each other over social media. So, could it be that they broke up?

Furthermore, in September 2020, Gabriel took it to Instagram to uploaded a picture of him with Arena Moreno enjoying the sunset by the ocean. Many believed that Arena was his new girlfriend.

For her part, Arena had posted a photo of her hugging Gabriel from behind in April 2020. The couple met on the set of the Netflix show Selena: The Series. 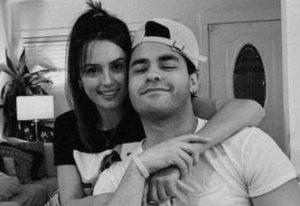 Gabriel and his girlfriend, Arena announced their pregnancy in December 2020. Later that month, the couple revealed their first child was going to be a girl.

In May 2021, Gabriel and Arena welcomed their first bundle of joy— a baby daughter named Marina Rose Chavarria Moreno.

Before you leave – Rick Leventhal Wedding, Net Worth, Wife, Daughters

Circa 2020, Madison Taylor Baez sprung to the national spotlight after landing a high-profile role. She was...

After Netflix announced the premiere date for the highly awaited show Selena: The Series, actors, and actress...