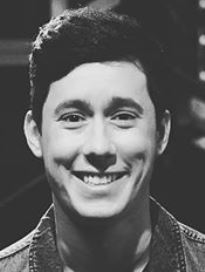 Micah Iverson is the young up and coming musician, who gained fame by participating in the 18th season of The Voice (America). Micah was one of the most beloved contestants in the show by the public.

Read the article below to know more about the singer who might as well win the 2020 season of The Voice (America).

By the time this article was penned, Micah was the freshest celebrity who had just arrived on the showbiz scene with his incredible voice and musical talents. So, of course, the web was sparse regarding the news on Micah.

From what could be found, Micah was 25 years of age, having been born in the year 1995. His exact birthday, however, was yet to be disclosed.

Micah was born in Tokyo, Japan but he is not of Japanese ethnicity. He was born to parents of Caucasian ethnicity, who were in Japan for some religious mission. As part of the mission, Micah’s parents taught English. Micah grew up in a religious household, although his inclinations towards any religion remained undisclosed.

Growing up, Micah had eight siblings. Having so many siblings was one of the reasons that attracted him towards music, for he wanted to be different from all his other siblings. And singing and guitar were the things that set him apart.

Of course, that did not mean Micah had a strained relationship with any of his siblings. Quite the contrary. He was very close with some of the siblings and had quite good relations with the rest.

Micah came to the US to attend the University of Virginia. After graduation, Micah pursued a career in business but his heart was not in there.

So, soon after he quit and moved to Atlanta, Georgia to start and band pursue his career in music. At that time, he worked in his brother’s brewery and worked on his music in a relative unknown.

Micah’s relative unknown was soon to be over. In the 2020 edition of The Voice (America), he got the opportunity to audition and was selected. Three of the four judges turned on their seats for him. Eventually, he chose to be on Kelly Clarkson’s team. He was the only member of Kelly’s Clarkson’s team.

Since the audition, Micah’s journey in The Voice was almost fairy-tale like, getting one victory after another. In the battle round, Micah defeated his fellow team member Gigi Hess with Lewis Capaldi’s song Someone You Loved.

In the knockouts, he defeated Tayler Green with Halsey’s song Graveyard. Then again in the playoffs, he performed the song Your Song by Elton John and was saved by the public’s vote. Micah made it to the semi-finals and the finals.

Singing Chasing Cars by Snow Petrol and original single Butterflies, Micah came fifth in the 18th season of The Voice.

According to Micah himself, he loves the antsy alt-rock songs, like Kodaline’s All I Want, which he played during his The Voice Auditions.

Micah had a Youtube profile, where he uploaded the covers of popular songs like Patty Griffin’s Rain or Bon Iver’s Blood Bank. Of course, being a young artist, he did not have any album contracts but that might change as soon as his The Voice journey ends.

Micah stood at the average American male height of 5 feet 10 inches and had a decent weight of 69 kgs.

One distinct physical feature of Micah is that he had an uncanny resemblance with Nolan Gould of Modern Family fame.

Micah Iverson was very active in social media, especially Twitter and Instagram. He frequently posts photos of him and his family and friends, celebrating various occasions like birthdays, New Year, etc.

Micah often went off social media, took a break to focus on his music, or go on a trip but he eventually returned.

While Micah was still in The Voice, the focus of every investigating celebrity journalist was on his music career and especially his place in The Voice. So, there was no news of his girlfriends or if he was dating anybody.

There were some speculations regarding he was gay, especially because he was the only male member of Kelly Clarkson squad but there didn’t seem to be any factual evidence of that.