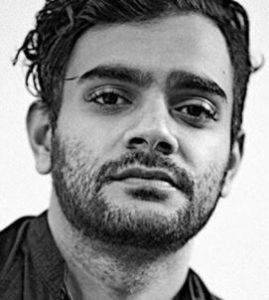 When Transplant first premiered in CTV in February of 2020, Hamza Haq led the show into the hearts of many fans who. As the show grew in stature, Hamza’s popularity also increased, and rightly so.

Read the article below to know everything there is to know about Hamza’s life, including that intriguing question: who is Hamza married to/dating.

Hamza Haq was born on 6th March of 1989. That meant, as of now Hamza was 31 years of age. Hamza’s 31st birthday in 2020 was especially celebratory because that time his breakthrough show was airing. But more about that later.

As he had the birthday on 6 March, Hamza’s zodiac sign was Pisces.

Hamza Haq was born in Jeddah, Saudi Arabia to parents of Pakistani ethnicity. Both of his parents were trained professionals, his mother an organic chemist, and his father an engineer. Hamza moved to Canada with his parents when he was nine years of age.

Hamza was the youngest of four Haq siblings. His eldest brother, Saad, was an environmental toxicologist. And he had two sisters. Khadija was an HR specialist and Sarah worked for an NGO called Hope for Justice. Consistent with his heritage, Hamza was a practicing Muslim.

There were some rumors regarding that Hamza was one of the twins. However, that rumor was actually based on one of his acting roles. In The Indian Detective, Hamza played twin brothers Amal and Gopal Chandekar.

Once during a photoshoot for his upcoming movie My Salinger Year, Hamza was spotted having an intricate hand tattoo on the back of his hand. The tattoo looked very much like the henna patterns that are famous in the Indian subcontinent, which was also his heritage home.

Hamza’s social media presence was significant without really being impressive. Him being new to the showbusiness might be the reason.

With his parents, the elder brother, and many of the wider family in science-related fields, Hamza started his career path with an eye on the medical profession. He started his undergraduate at Carleton University with a focus on neuroscience.

However, the calling from the arts was so fierce that he graduated with a major in film studies and a minor in law. Thus, started his career in the show business.

His first ventures in acting were for small roles in lesser-known movies and TV shows. The first big name on his resume was Quantico, in which he appeared in two episodes in 2015/2016. In the year of 2016, Hamza also appeared in TV shows like The Art of More, This Life, and hosted a children’s show, Look Kool.

Come 2017, Hamza landed his first major role in a mini-series called The Indian Detective, in which he played twin brothers. The culmination of Hamza’s rise came in 2020, with a lead in a TV show and a secondary role in a multi-starer movie.

In February 2020, CTV medical drama Transplant was released. It was Hamza’s first lead role and he played  Bashir Hamed, a Syrian refugee doctor. For the role, Hamza learned Arabic.

The show was renewed for the second season in June 2020. In a way, playing a doctor on TV was the fulfillment of his earlier decision to become a doctor. Apparently, his family made a lot of jokes about that.

Hamza was represented by Amanda Rosenthal Talent Agency, which was located in both Toronto and Montreal.

As for his net worth, Hamza Haq already owned around $700 thousand fortune.

There was little known about Hamza’s dating life. There were rumors that Hamza Haq was married, and that he might be gay. But neither of those claims had any substance.

Nowadays, Hamza lived both in Toronto and Montreal.

As CTV premiered its medical drama Transplant on 26th February 2020, the audience that was appealed by the...

The name, Jim Watson, often gets confounded with the other famous people of the same name. But, Jim Watson,...