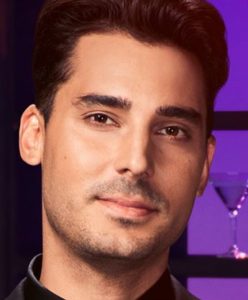 Never before had the firestorm of the voices for racial justice in the United State surfaced as they did on the aftermath of the murder of George Floyd. One of the other celebrities is coming under the fierce scrutiny for their blatant insensitivity towards race relations.

One such issue propped up for the cast of Bravo TV‘s Vanderpump Rules. A series of cast members were sacked for their racially insensitive action. One of these sacked casts was Max Boyens.

Read the article below to know more about Max Boyens and why he was fired from Vanderpump Rules.

Max first came to scrutiny during the virtual reunion of the show that aired on June 2, 2020. In the episode, one of the cast members Jay Taylor brought up Max’s past comments on race.

Some of the said comments read, “It upsets me that the word n–a is not allowed to be said unless you are black because quite honestly it’s my favorite word. And, “Something about Asians that just makes me want to punch them in the suckhole.” There were more such comments.

Max subsequently issued an apology, stating that he was ashamed of what he did in the past and that he did not hold such views today. He also said that his grandfather was black and his mother was biracial.

However, the executives of the show eventually fired him, along with all three other casts who had come to be controversy.

Let us dive into who is Max Boyens. While there was not the exact birthday of Max, he was 27 years of age at the time this article was written, i.e. 2020.

Since the exact date of Max’s birth was not known, his zodiac sign also remained unknown.

Coming to Max Boyens’ personal life, he seemed to be very fond of his family. According to his Instagram profile, his father is Charlie Boyens and he is one of the funniest guys the reality star knew. Furthermore, Boyens’ mother, whose name we couldn’t find, was a strong woman of mixed-race.

Max’s grandfather, who he didn’t seem to forget to mention while apologizing for his past comments, was of African-American ethnicity and very close to Max while he was growing up.

Now let us talk about some interesting wikis. Max stands tall at a height of 5 ft 11 inches and weight 78 kgs.

One of his distinct features was that he was very broad jawed.

Social media had a very tricky relationship with Max. It was not only the place where Max found love from his fans but it was also the place that eventually caused his doom.

Max was very active on Instagram with frequent posts relating to family and friends. He had over 30k followers at the writing of this article. However, Max did not seem to be much involved in Twitter by the time he was fired from Vanderpump Rules, for the obvious reasons.

As already stated, Max was one of the employees of Lisa Vanderpump. He was the general manager of TomTom, a bar owned together by Lisa, Tom Sandoval, and Tom Schwartz. Max was also a consultant and mixologist fro Una Mas Cocktails, a brand he started with his friends.

Max Boyens’ dating life was well portrayed in Vanderpump Rules, as the fans of the show might already know. For a long while, Max had the rule of not dating his fellow employees.

However, that rule was created to be broken. When a new hot hostess, Dayna Kathan, started to work in TomTom, the sparks started to flow pretty quickly. 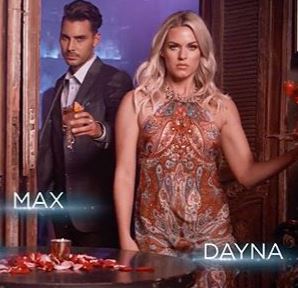 Max Boyens and his girlfriend Dayna Kathan on the cover of Vanderpump Rules circa 2019 (PC: heavy.com)

During season 8 of the show, the relationship developed to a great extent. But now that Max would not return for the ninth season, the direction of the relationship became a matter of curiosity.

Before Dayna, Max had another girlfriend, who was also a part of the show, Scheana Shay. During the eighth season, when Dayna was Max’s girlfriend and Max was enmeshed in a love triangle between him, Shay, and her new beau, he clarified that whatever had happened between him and Shay was in the past.

The host to comedic hit podcast ‘Be Here For A While’, Rachel O’Brien is best known as a...