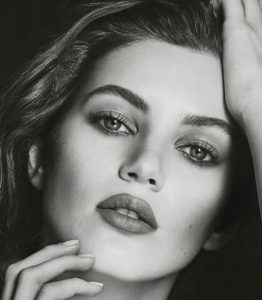 Jared Leto is the type of person who maintained secrecy to his dating life. But in June 2020, Jared couldn’t escape the inquisitiveness as he was spotted together with Valery Kaufman, hiking in Malibu. The event had the fan’s curiosity piqued on the beautiful lady — who reportedly dated Jared Leto.

According to Models.com, Valery was ranked as one of the top 50 Rising Star Models in the world. A Russian model, she worked with a myriad of top fashion houses and designers like Alexander Wang, Christian Dior, Gucci, and Valentino.

Get to know more about the insides of Valery Kaufman thought this wiki-style article. Moreover, learn about her net worth and siblings as the article continues.

Born in Moscow, Russia, Valery holds a Russian nationality. Also, corresponding to her birthday, Valery is of Gemini zodiac.

As for her parents, Valery Kaufman was raised by her mother Marina Kaufman while her father’s identity remained unknown. More information on her family and siblings are yet to follow.

Apart from this, Valery confessed her interest in dance and music. As a child, she grew up listening and dancing to Michael Jackson and Bob Marley. Moreover, her favorite tracks were Billie Jean and Thriller. She added, “I used to dance ‘Thriller,’ every day. “This is It” is my favorite album, it was one of his (MJ’s) last.”

You may like – Lauren Wood [Model] Wiki, Net Worth, Dating, Parents, Age

Also, during the New York Fashion Week 2014, Valery took on a challenge to document her morning routine. In the video, she treated herself with, “Breakfast of champions — a little chocolate for some energy.”

As for her workout routine, she mostly liked to run on treadmills. Following a minor warmup, she focused on cardio exercises.

Valery Kaufman first started her modeling career, appearing on runways in 2011. Soon she began to gain attention and within 3-4 years was the face of advertising campaigns for Tommy Hilfiger, Alberta Ferretti, Saint Laurent, Massimo Dutti, and Coach.

As for her Victoria’s Secret Fashion Show, Valery walked in Segment 3: Exotic Butterflies in 2015 and Segment 4: Secret Angel in 2016.

Also in 2015, Valery won the Model of the Year by Glamour Russia.

Initially, Valery met Jared Leto in 2015. They started as friends and would meet up with groups of people and hangout. 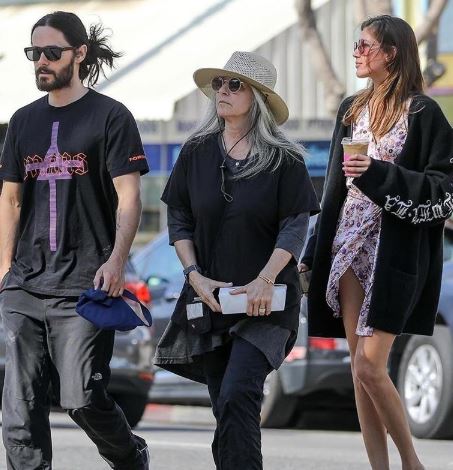 Valery Kaufman with her boyfriend Jared Leto and his mother

While they had been photographed together several times, it was unclear when they exactly started dating. There were pictures of Valery and her boyfriend, Jared spotted together in July 2017, February 2018, and February 2020. But on the Feb 2020 picture, Valery and Jared were captured alongside Jared’s mother. It seemed like Jared had bigger plans with Valery.

In 2016, the rumor floated around that American socialite Eli Mizrahi and Valery were dating. However, the gossip was never addressed.

Before you leave – Jas Waters Wiki, Husband, Cause Of Death, Family, Height