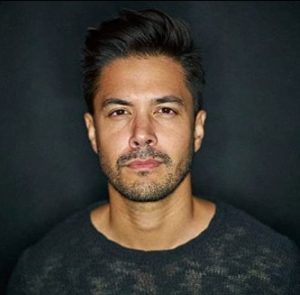 Meet Marco Grazzini, the handsome Canadian actor who starred in the 2021 offering from Hallmark, Right In Front Of Me. Furthermore, the talented actor is also known for his frequent collaborations with Hallmark that includes projects like The Story of Us and Christmas Unwrapped.

Wanna know more about Marco Grazzini? If yes, then you are in the right place as we are gonna explore Marco’s age and net worth in the article below. Also, get insights into Marco’s wife and girlfriend.

Marco Grazzini Age: How Old Is He?

Marco Grazzini Parents, Is He Filipino?

The Story of Us actor Marco Grazzini was born in Canada, thus his nationality is Canadian. However, Marco is also believed to have Filipino, Italian, and Hawaiian parents.

It was only in 2004 at an age of 24 that Marco first visited Philipinnes. There he met his parents’ family and had a great time. Marco made an Instagram post on January 1, 2014, to reveal his first visit to the Philippines 10 years ago from that day.

Around 2014, Marco was even in his father’s homeland, Venice, Italy.

Furthermore, Marco was also on Cameo.

Marco began his acting career in 2006 with the short film titled ‘Suicide.’ The next year, Marco appeared in 2007 on the TV show called ‘Mayday.’

In 2008, Marco made his feature film debut with the movie called ‘Of Murder and Memory.‘ In 2009, Marco appeared as Jeff in Being Erica.

Some of his other acting credits include Da Kink in My Hair, Total Drama Action, Total Drama World Tour, Nikita, Offline, The Flash, Christmas Unwrapped, A Series of Unfortunate Event, among others.

In the new Hallmark movie Right In Front of Me, Marco played the role of Nick.

Marco Grazzini was pretty much like an open book. He rarely keeps anything about his personal life a secret. His fans and followers are aware of the fact that Marco was committed to his rumored wife, Alvina August as of April 2021.

To the people who do not know Alvina August, well she is an actor and singer best known for her appearances on The Boys, Woke, Nancy Drew, and Chilling Adventures of Sabrina.

Marco and Alvina, his girlfriend at the time, first began their relationship in early 2014. Marco’s wife Alvina made an Instagram post on February 25, 2020, to let her fans and followers know that she and Marco had already spent 6 years together.

Marco proposed to Alvina in January 2019 at Ubud, Bali, Indonesia. The answer was YES! of course. Marco and Alvina both made posts on their respective Instagram handles to share about the important milestones of their life. 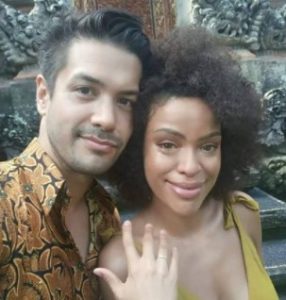 Marco Grazzini proposes to his girlfriend, Alvina August circa January 2019.

Alvina even wished Marco a very happy birthday on September 8, 2019. She wrote a sweet caption, “Happy Birthday to the man who makes me laugh every day, who makes the most amazing food & is simply the kindest soul I’ve met. My fiancé & best friend @themarcograzzini,” alongside a couple of his pictures.

Marco and Alvina celebrated 2020 Christmas without their family because of the whole COVID thing. Also, the pair did not have any kids as of April 2021.

A little info about Marco’s other half— Alvina August is an actress. Some of her popular roles include Versitude on “The Other Kingdom,” Lady Constance Blackwood on “Chilling Adventures of Sabrina,” and Detective Karen Hart on “Nancy Drew”. What’s more, she was born on 2nd August 1984.