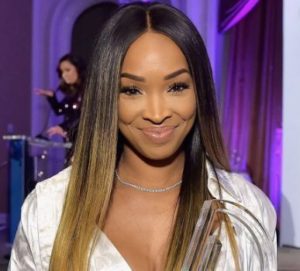 A month before hitting the labor, Malika had hosted a baby shower. The event was attended by the likes of Khloe Kardashian, Nazanin Mandi, Krystle Nicole, and Ashley North.

On 27th September 2019, Malika Haqq announced that she was pregnant for the first time.

She did so by sharing a snap of her holding a positive pregnancy kit via Instagram.

“I listen to my heart, and I’ve decided that the rest of my life will be the best in my life. I’m pregnant! I didn’t know when I just knew one day. God said it’s my turn, and I couldn’t be more grateful for the little spirit that grows inside of me… “

Per reports, the “Keeping Up With The Kardashian” star’s firstborn was due in March 2020.

Commenting on the post, Malika’s BFF Khloe Kardashian penned a congratulatory message. She then took to Instagram and wrote about her friend’s pregnancy.

Following the announcement, Malika Haqq gave a candid interview to PEOPLE. In it, she spoke about her life-long dream of being a mom.

Despite knowing her firstborn’s gender, Malika – at the time – opted not to share it with the world.

In early-November 2019, Malika revealed the baby’s gender via Instagram. Per the post, she was expecting a son.

Much fuss was made about the identity of her baby father. As speculations ran rampant, the “Sky High” actress felt uncomfortable revealing the dad of her firstborn.

Several media outlets dubbed the west coast rapper O.T. Genesis as Malika’s baby father. Nobody knew if the pair had reunited following their split in early-2019. 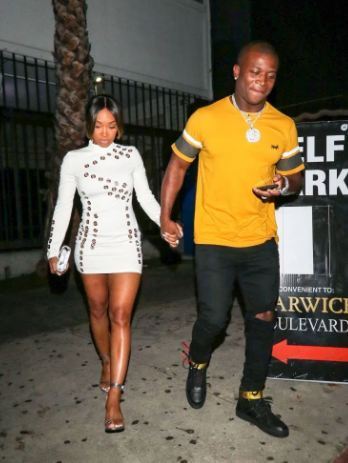 In an emotional video released on Instagram, Malika shared:

“I’m incredibly thankful to Odis Flores for my little boy.”

Reacting to the revelation, O.T. Genesis asked his Insta follower to suggest names for their baby.

Malika Haqq’s relationship with O.T. Genesis commenced in early-2018. After a brief separation in Summer that year, the lovebirds reunited.

Before igniting a romance with Genesis, Malika had professed her desire to get engaged and eventually married.

Interestingly, Malika was once in a relationship with a married man and rapper Chinx Drugz. The pair began dating in early-2015.

Amid the drama, tragedy befell on Malika as she lost her boyfriend Chinx to gun violence in May 2015.

Recovering from the unfortunate event, Malika went on a dating spree. Rapper French Montana and reality star Ronnie Ortiz-Magro were her subsequent conquests.

Backstreet Boys’ very own Nick Carter was one of her earliest husband prospects.

A Pisces by birth sign, Malika celebrates her birthday on the same day as Country sensation Carrie Underwood. On 10th March 2020, she turned 37 years of age.

Talking about her family life, Malika is siblings with a twin sister named Khadijah. Religion-wise, both Haqq siblings were raised Muslim.

What Is Maika Haqq’s Net Worth?

An extremely talented actress, Malika Haqq boasts acting credits on movies such as “School For Scoundrels,” “ATL,” and “Somebody Help Me 2.”

As a reality star, Malika garners appearances on “Keeping With The Kardashian,” “Celebrity Big Brother,” “Dash Dolls,” and “Hollywood Divas.”

With streams of income coming from every direction imaginable, Malika reportedly flaunts a $600 thousand net worth.